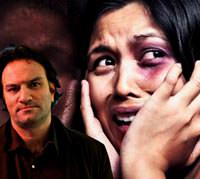 A Soldier Rights group has conducted research into the life stories of 300 males who suffered from rights violations during their time in military service. According to one group member, İslam, men who were subjected to violence during their military service, returned home only to beat their children and wives.

With the issue of violence in the military having surfaced due to allegations that Uğur Kantar, a soldier who was serving in Northern Cyprus was killed as a result of a beating he endured in the Disciplinary Barracks aka 'Disko', a Soldiers Rights group has been looking into infringements in the military and has up until now researched 300 men who were victims of violations.
The group has selected 30 of these men's stories that they have forwarded on to the Assembly. We had the opportunity to meet with one of the members of the group that is run by volunteers, a professor from Yıldız Technical University's Department of Architecture Dr. Tolga İslam:
How did you all come together? We created a platform for those who were victims of mistreatment during their mandatory military service to be able to seek their rights. We relay their complaints and demands to the Assembly Human Rights Commission. This is an incident that occurs for every one out of two people in our society.
What sorts of things happen in the 'Disko'? Every soldier could become a convicted at any time. Here are some of the 'crimes': Incorrectly tying up your boots, smoking where it is not permitted, carrying a cell phone or sim card, to have a button undone, for a soldier chauffer to honk the horn at a sergeant… The violence is conducted by warden soldiers and includes being handcuffed for days, being forced to count the stars in the sky, made to clean the floors using a toothbrush, sleeping in the toilet or being left with water up to their knees.
How many applications have you made up until now with the Assembly Human Rights Commission? We have handed over 30 petitions since April. Up until November 14th, we had received 325 applications, 15 of which were from military school students, and nine were from active duty soldiers. There were 275 applications from men having served their mandatory military service. Out of these, ten were for insults, 82 were for beatings, 49 were for assault, 41 for being forced to do extreme physical activity, 38 for degradation, 30 for not receiving sufficient medical services, 27 for threats, 23 for unrightfully attributing crimes, 21 for mobbing, 15 for making them do personal jobs. 13 for not being allowed to sleep, 10 for not allowing them to leave on their time away allotted for shopping. Out of the 275 applications, 72 are for the 'disko' Disciplinary Ward. Out of those, 53 claim they were insulted, degraded and beaten there.
Are these applications witness or evidence based? The locations referred to as 'disko' were places where everyone could see each other and a number of people were held there together at the same time.

Pride is wounded…
How do you think violence in the military can be brought to an end? Anyone who is currently serving their military duty or has completed it and has experienced violence or witnessed violence should contact us. This is our true national duty, to prevent violence. A single petition can result in an investigation into these incidents being opened. These investigations are registered in the high-ranking officer's records. The Turkish Armed Forces personnel must to learn that basic human rights are valid for everyone. What we are doing, in essence, is teaching this.

How is this violence reflected in our society? One of the main reasons behind the domestic violence that we see surface in the media, is the long term degradation and violence that men are subjected to in the military. Psychologists and Psychiatrists need to look into this. It is interesting that in Turkish society, the pride attributed to being a man is most harmed during their military service. When in fact, it should be the exact opposite.