President Gül: France has been belittled 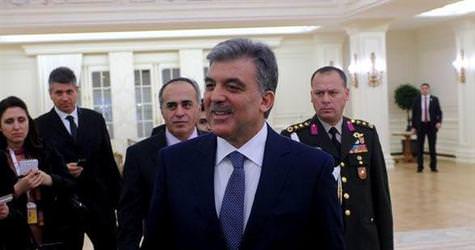 President Abdullah Gül commented on the French Senate approval of a bill which foresees criminalizing the denial of Armenian allegations.

Emphasizing that Turkish-French relations will never be the same again, Gül stated, "It is now extremely clear that France, one of Europe's most significant nations, has as of yesterday entered the category of countries that limit the freedom of expression and independent scientific research."

President Gül also expressed that he expects 60 senators to bring the bill to appeal to the Constitutional Court.

Referring to the bill as an "election investment", Gül states, "The fact that this bill, which deals with such an important issue, was brought to a vote just before an election, means it was conducted in a manner of 'election insurance'. This action has significantly belittled such a great nation as France."
Gül went on to condemn the French government and inferred that the Turkish Government would be taking strict measures.

BAĞIŞ: A LACK OF REASON

When asked what direction Turkey's attitude towards France will lead, President Gül stated, "As of yesterday Turkish-French relations will from here on out be following a very different course. This will leave deep scars and will be a heavy blow. I hope that the 60 senators who realize this ruling was incorrect will come forth and bring an appeal to the Constitutional Court."

Reactions to the French ruling from influential members of the political world:

Deputy Prime Minister Bülent Arınç: This is unacceptable. This bill will not only eradicate France's prestige but it will also harm mutual relations.

HAS Party Chairman Numan Kurtulmuş: If France truly wants to face-up to the past then they should look into their own 'bloody history'.