PM Erdogan: Racism is being revived in Europe 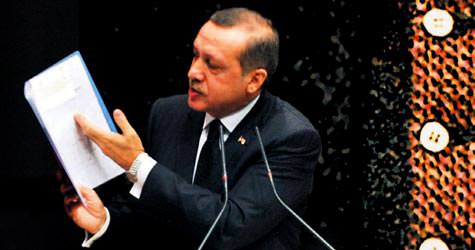 Emphasizing that this initiative was in no way intended to shed light on the events that transpired in 1915, and that behind it is a very dark and dangerous, far-from-innocent incentive, Erdoğan states, "This bill is basically an, 'I am fighting with Turkey' bill."

Erdoğan went on to state the following: "Underneath this bill and underneath the attitude and stance that released this bill, lies an undeniable racist stance, a racist mentality. This issue is directly a European issue, an EU issue.

We have put up with some painful incident's that have transpired in certain European nations over the past half century. However today, everyone should know that Turkey is no longer the old Turkey. Turkey is not a nation that will show humility or remain silent or nonreactive when it comes to Europe's insidiously rising racism, xenophobia and Islamophobia. The picture that has surfaced in France is the serious manifestation of an insidious danger in Europe. To see this danger and to immediately enact measures to prevent it should be the EU's priority agenda."