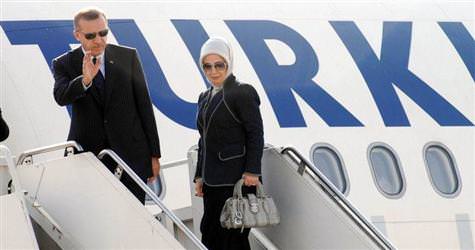 Starting on Saturday, March 17th, Erdoğan heads to Germany for a day trip, which will be followed by a series of other destinations, with stops scheduled in Seoul, Peking and Tehran. Erdoğan is also stated to be preparing for a trip to Cuba.

Erdoğan's first official international trip following his recent time of rest and recovery will be to Germany this Saturday. Erdoğan will be attending a Youth Congress in Köln and will then move on to the city of Bochum to accept the Der Steiger award, which symbolizes 'responsibility, honesty, openness and success' in international leadership. Erdoğan's foreign policy tour continues with the Nuclear Summit in South Korea. Erdoğan will be attending the summit from March 26th-27th, during which he will be holding a series of one on one meetings with other leaders present, including U.S. President Obama.

Upon his return, Erdoğan will be stopping off in Iran. This particular Tehran visit, scheduled for March 28th, is slated to be critical due to the developments in the Middle East and the tension surrounding nuclear issues. Emphasis is being placed on the importance of the messages delivered by Erdoğan this trip, in which he is expected to meet with Iranian President Ahmadinejad.
Erdoğan will be visiting China from April 9th-10th. The precise date of his Cuba trip, which was previously delayed, has not yet been determined.