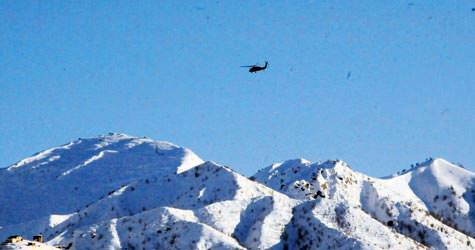 Security forces have uncovered that two of the ten PKK terrorists killed in an operation in Şırnak were members of Syria’s secret service.

Six Special Forces police officers were also killed in the operation staged on the PKK terrorist organization in Şırnak's Mount Judi. Police and Gendarmerie Special Forces teams staged point operations on caves in Mount Judi, which escalated into intense cross fire. Ten terrorists were killed and two surrendered. Upon inspection of the terrorists' identification, it was revealed that two terrorists were members of Syria's secret service while also acting as commanders of the PKK's so-called Self Defense Union.

The two terrorists supposedly joined forces with the PKK on behalf of the Al Mukhabarat years ago and were under direct order of Fehman Hüseyin the so-called Special Forces Commander who goes by the code name "Bahoz Erdal". Findings show that the two terrorists were responsible for press announcements, organizing kidnappings and ordering attacks on military and police stations in Şırnak.