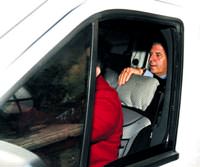 The warrant for the recent arrests of high-level military members involved in staging the February 28th postmodern coup, listed ‘Obstructing the government and attempting to overthrow the REFAH-YOL government’ as the crimes the suspects are being charged for.

The investigation file prepared by Special Authority prosecutors mainly consists of written military exchanges and announcements. According to the information obtained, the following are a few of the documents contained in the investigation file on the postmodern coup:

* HEADSCARF INSPECTION ON MARRIAGE LICENSES: A written document sent out by the Air Force Headquarters to all troops on December 18th, 1995 states that all marriage licenses will be inspected in order to determine whether spouses wear headscarves. The document includes the order for those who are found to have spouses or children that wear headscarves to not be provided with military identification or insurance cards.

* TRACKING MOSQUE SERMONS: A written document released by the General Staff on April 16th, 1997 and signed by General Çetin Doğan and stamped 'CONFIDENTIAL' states that information was received that sermons were being held preaching against secularism and therefore they request that all Friday and holiday sermons be tracked. The document includes the order for personnel to be carefully selected for this task.

* FILES KEPT ON EVERYONE EVEN STUDENTS: A document dated May 5th, 1997 and prepared for the West Working Group, requests information on foundations, unions, universities and dorms. The document also includes the request for the names of owners and representatives from all local radio, TV, newspaper, magazines and other press organs. The same document also includes an order for biographies including political views of all governors, district officials, mayors, and all department directors.

* DYP ORGANIZATION'S CONTACT NUMBERS: Another military document included in the file contains an order for the contact information for all of DYP's urban and provincial branches. DYP was the co-party in power at the time.

* NEWSPAPER CLIPPINGS: A series of newspaper clipping s from the time read, "If necessary, we will sue weapons," "Fundamentalism is more dangerous than the PKK".