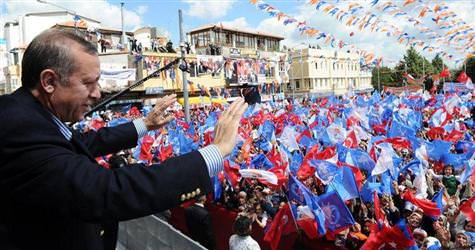 Prime Minister Tayyip Erdoğan has announced plans to visit a camp in Kilis which has been fitted with container accommodation for Syrian refugees on Sunday.

Today Prime Minister Erdoğan will be in Kahramanmaraş and tomorrow in Adana to attend the AK Party's district congress. On Sunday, Erdoğan will be moving on to Gaziantep. After attending the congress in Gaziantep, Erdoğan will head to Kilis, an area where camps, referred to as 'container cities' have been set up to accommodate Syrian refugees.

Erdoğan will be visiting the 'container city' set up in Kilis on Sunday and is expected to deliver a series of important messages regarding Syria.