We have no need for Israeli tourists 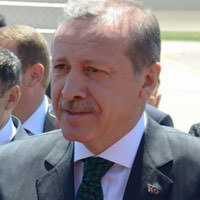 Prime Minister Erdoğan spoke out on the Israeli administration’s tourism boycott on Turkey.

President Recep Tayyip Erdoğan commented on a potential tourism boycott directed towards Turkey by stating that the economy would not be affected. "We have no need for Israeli tourists."

When asked what steps are needed in order to repair Turkish-Israeli relations, Erdoğan stated, "Israel needs to take three steps in order to repair Turkish-Israeli relations. The first step, is apologizing for the Mavi Marmara ship. The second step is paying compensation to the families of those killed on the aid flotilla. The third step would be for Israel to lift the blockade on Gaza."