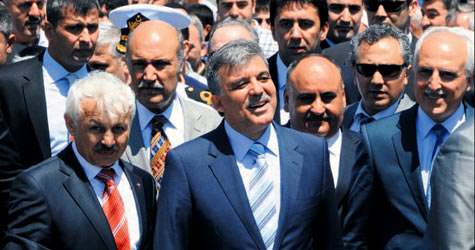 Turkey’s Constitutional Court has determined that President Abdullah Gül’s current term will complete in seven-years’ from his appointment. Court members also voted unanimously on cancelling out an article in the Presidential Election Code restricting a president from serving two terms.

The Constitutional Court convened yesterday to reach a decision that will shape the nation's political outlook for the near future. The court met to discuss a case opened by CHP on a charter amendment in the Presidential Election Code which states that presidents can be elected for two five-year terms. CHP feels the amendment should be binding for current incumbent President Gül. The amendment however was made following President Gül's 2007 election, however The Constitutional Court ruled that when President Gül was elected, it was under the stipulation that it was for a seven-year term and therefore it is his 'vested right' to serve out the entire seven years for which he was elected. In the vote, 12 constitutional court members voted in favor of Gül serving seven years, while four members raised their hands in support of the amendment qualifying for Gül's current term.

The Constitutional Court then went on to debate a statute that renders it impossible to re-elect a president elected prior to a constitutional amendment. The entire sixteen member committee voted in favor of cancelling the amendment on the basis that it was unfair, and not possible to make such a distinction while exercising the right to vote or run for a presidential election.

NEXT PRESIDENTIAL ELECTION IN AUGUST 2014

President Abdullah Gül was appointed as Turkey's 11th president on August 28, 2007. With yesterday's ruling, Gül will now not only be able to complete his elected seven-year term, but he will also be able to run on August 14th for the chance to be re-elected to another five years. Turkey's 12th president will begin serving on June 29th, 2014. Turkey's 12th president, who will be elected directly by the public, must be a Turkish citizen of at least 40 years of age, must have completed a higher education and must fit the criteria for being a member of parliament and have obtained a written petition by at least 20 deputies.