Women on the revolt within the PKK 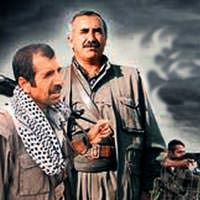 Female PKK members are unpleased with developments that have led to the deaths of a significant number of women members in the line of battle.

Over the past five months, a total of 38 female members of the PKK have died in battle. Zozan Çewlik, the leader of the female wing, has begun to ask why.

According to intelligence reports the discord between female and male members of the PKK spans back to conflict which erupted on March 24th. Fifteen female terrorists were killed in a cave hideout in a village located between Siirt and Bitlis, while the male members supposedly escaped, leaving the women to their fate. The final ring in the chain of events took place last week with the death of Iranian female terrorists in combat against Turkish security forces on June 10th in a rural area in Hakkâri.

Since then, intelligence reports have shown that on June 17th, the commander of the organization's main headquarters in Kandil and the woman in charge of the female wing in the Harun camp, had a contentious discussion, in which it was inferred there was a causative effect in the recent increase in deaths.

Another conversation which transpired between Bahoz Erdal and female wing leader Zozan Çewlik shows that she holds him responsible for the deaths as she blames him for not putting his own lover in the line of fire.