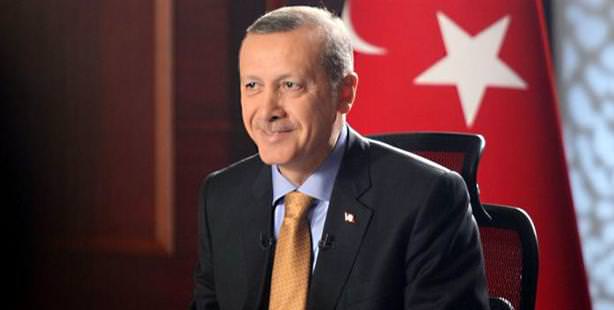 Prime Minister Erdoğan was a special guest on Kanal 24’s ‘Sansürsüz Özel’ program when he referred to an interesting exchange he had with Putin during his July 18th trip to Russia in which he suggested that instead of joining the EU, Turkey should be included in the Shanghai Cooperation Organization.

Prime Minister Recep Tayyip Erdoğan relayed an interesting dialogue that transpired between himself and Russian President Putin during his recent trip to Russia. Erdoğan explained that in 'jest' he said to Putin, "From time to time you lark on us and say what business do we have being in the EU. Well then I may lark on you right now and say come and include us in the Shanghai Five and we will be prepared to sacrifice the EU."

Prime Minister Erdoğan was responding to questions form journalists on a live broadcast, when he commented on Turkey's EU aspirations. Stating that the AK Party receives criticism for having initially shown more enthusiasm for their EU objectives which circles say they have eased up on now, Erdoğan emphasized that this is not the case at all and in fact for the first time a minister has been appointed to exclusively deal with Turkey's EU accession.

"While we are working on this in Turkey, there are two individuals and I will name them; French President Sarkozy and German Chancellor Merkel, who are constantly trying to undermine us. Up until Merkel and Sarkozy came to power, as Turkey's prime minister I would join in on EU leader summits, however now they have gone and accepted ten new member nations, entirely on a political basis. These nations were not accepted into the EU out of vested rights; however they have continued to let Turkey wait at the door. In addition when Sarkozy and Merkel came on, they decided to not allow us or Croatia to attend summits."

Erdoğan went on to state; "They have left us in the trenches. Everything is plain to see, you talk and they have no answers. They do not respond to us, they also do not defend themselves. But they do say that we let it slide. I mean what is it we are letting slide? We have all of the chapters ready. We have gone and institutionalized according to this criteria and now there are a number of nations that are EU members that do not have the vested rights. The most significant example is that of Cyprus. You cannot go and accept Southern Cyprus as Cyprus. There is a line there." Erdoğan went on to explain that Turkey's EU Ministry is working like clockwork and is continuously paying visits to EU member nations.

When asked if he believes Europe will remain in 2023, Erdoğan said, "Whether it remains or not, the EU's situation is obvious at the moment."

When asked whether Turkey could join the EU from an economic standpoint, Erdoğan responded, "Hopefully, let's let the numbers grow a little further…"

Erdoğan went on to relay a jest he made with Putin at a dinner during his recent trip to Russia. "Putin always jokes with me by saying what business do you have in the EU. This time I said, 'well then accept us into the Shanghai Five' and of course we laughed."

The Shanghai Five, an intergovernmental mutual security organization was founded in 1996 in Shanghai by the leaders of China, Kazakhstan, Kyrgyzstan, Russia and Tajikistan. In 2001, Uzbekistan joined the organization which was then renamed the Shanghai Cooperation Organization or SCO.