Davutoğlu in New York to attend UN meeting of ministers 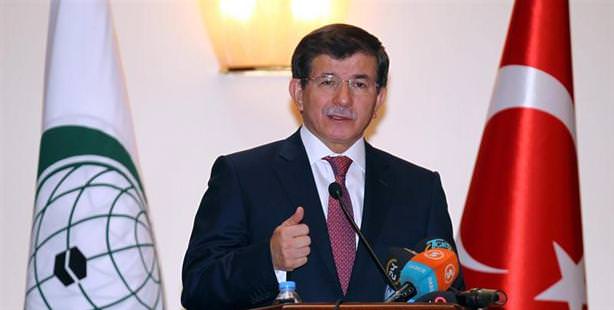 The United Nations Security Council convenes on Thursday for a meeting of foreign ministers chaired by France in order to discuss recent developments in Syria and the refugee crisis.

During the UN Security Summit, in which foreign ministers from Syria's neighboring nations; Iraq, Lebanon and Jordan, will also be in attendance, Davutoglu will be providing a briefing on the current status of the Syrian refugee crisis in Turkey.

Davutoglu is expected to relay Turkey's views regarding the option of establishing a buffer zone within the Syrian border, if the number of refugees that come to Turkey surpass the 100,000 mark.
Speculation is that it will most likely be inevitable that the issue of establishing a no-fly zone, an option which has been on the table for awhile now as a result of the concerning level of burden undertaken by neighboring nations to Syria as a result of the influx of refugees, will be brought up during today's meeting.

The Security Council meeting intended to focus on the refugee crisis will also be significant in terms of spreading worldwide awareness to the plight of the civilian public in Syria as the combat and violence continues as well as to increase the amount of international aid that is offered.

A special invitation from France has been extended to the foreign ministers of countries neighboring Iraq, namely; Turkey, Iraq, Lebanon and Jordan.During the meeting, the issue of providing humanitarian aid to the civilian public in Syria and establishing a buffer zone along Turkey's border are topics that will be brought to the table. Foreign Affairs Minister Ahmet Davutoğlu will be discussing the current status of refugees in Turkey and will relay his views regarding setting up a potential buffer zone.

In an announcement made yesterday, French President François Hollande stated, "We are working on the buffer zone initiative proposed by Turkey." Last week, Foreign Affairs Minister Davutoğlu said that Turkey could run out of space if the number of Syrian refugees entering Turkey went above 100,000 and suggested the United Nations may need to create a "safe zone" inside Syria. According to the news coming in from New York, both UN Security Council members Russia and China are not in favor of establishing a buffer zone, while the United States is approaching the proposal with caution.

During Thursday's UN Security Council meeting in New York the issue of both the numbers of refugees coming in from Syria as well as the humanitarian aid that will be provided to these Syrians will be discussed in detail. With France's initiative, the EU has announced that the humanitarian aid designated for Syria has now been increased to 65 million euros.

In Paris yesterday, French Foreign Affairs Minister Laurent Fabius met with representatives from humanitarian aid organizations that have been offering assistance to Syria.

Meanwhile, French President Hollande made an announcement yesterdayin which he stated that Paris will recognize a transitional government formed by the opposition. Holland also warned Syrian President Bashar al-Assad on Monday that any use of the country's chemical weapons would be a legitimate justification for military intervention.

"With our partners we remain very vigilant regarding preventing the use of chemical weapons, which for the international community would be a legitimate reason for direct intervention," Hollande said.

Hollande, who has increasingly come under fire at home for a perceived passive approach to the crisis, urged the opposition to create a representative provisional government which his country would immediately recognize once it was formed in a message perceived as a sign that the socialist government may now be exerting itself further in establishing initiatives regarding the situation in Syria.

France is also proposing the initiative to announce no-fly zone over a portion of Syria's air filed be an item seriously discussed over the next few days.