Barzani: Kurds should support the process initiated by Erdoğan 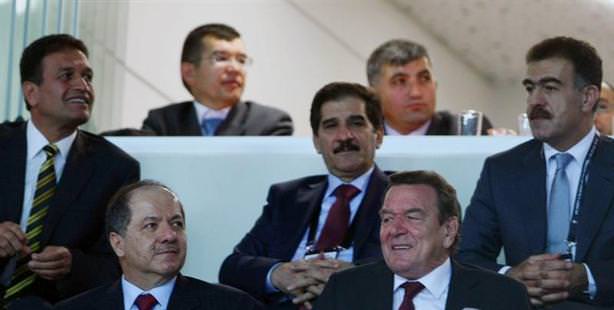 The AK Party Fourth Ordinary Congress held Sunday night at the Ankara Arena Sports Hall was filled with some 40,000 AK Party supporters, members and party delegates as well as nearly 200 foreign representatives, including a number of regional state leaders.

Addressing the congress, President of Iraq's autonomous Kurdistan region Masoud Barzani stated, "For any youth to die, whether they are Turkish or Kurdish, truly pains us. As the people living in this region we need to extend a hand to one another. If we are reaching the point of violence against one another, that is a true shame.

Prime Minister Erdoğan expressed that he is expecting to reach asolution to the Kurdish issue, and paid a visit to us, who share the same sentiments in Erbil. All Kurds need to support this process. No problem can be solved through violence.

A state's strength cannot be measured by how many weapons they have, quite the contrary, it is about how they serve their public. By leading the way, Mr. Erdoğan has shown courageousness. We are ready to cooperate in any way we can in order to put an end to the bloodshed."