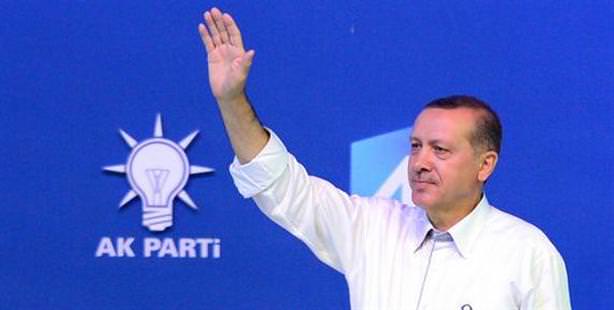 The AK Party has drawn up their roadmap for the upcoming period compiled into 63 items entitled, ‘2023 Political Vision’, which includes a number of innovative reforms spanning from altering military academy curriculum, permitting public services in native language to defense.

This road map, which was distributed to press members in an envelope containing the AK Party emblem, lists the following items:

1- The closing down of parties will be lifted.
2- The restrictive provisions for forming parties will be lifted.
3- Parties will have standardized provisions.
4- Closing down parties will come to an end.
5- Parties will no longer be penalized, individuals will.
6- All obstacles to participating in politics will be lifted.
7- Election legislation will be revisited.
8- Measures will be taken to ensure justice in representation.
9- The Supreme Election Board will be restructured.
10-The presidential, semi-presidential and party-based prime ministerial systems will be debated.
11- A new constitution will be drafted.
12- Immunity will be rearranged according to universal criteria.
13- The Fourth Judiciary Package will be legalized.
14- Regulations will be established on hate crimes.
15- Legal counselors will be appointed to foreign organizations.
16- Specialized courts will be increased.
17- Proceedings will switch to an audible and visual system.
18- Prison will be the exception for misdemeanors.
19- The Supreme Court of Appeals and the State Council will become jurisprudence courts.
20- Convicts and those detained will be able to be with their spouses.
21- A defense in native languages will no longer be an issue.
22- Public services will be available in native languages.
23- Independent law-enforcement supervision will be set up.
24- Personal data will be protected through legislature.
25- Equality and anti-discrimination commissions will be established.
26- Statutes remaining from the coup eras will be sorted through.
27- The names of coup-perpetrators will be removed from public spaces.
28- Judicial solidarity will be established.
29- Military school curriculum will be updated.
30- Kurdish translation will be available in the public sector.
31- Ethnic discrimination will no longer exist in the public sector.
32- Any perception of ethnic discrimination will be removed from statutes.
33- The fight against terrorism will continue within a legal framework.
34- No concessions will be made to liberties in order to establish security.
35- Gendarmerie law enforcement services will become civilian institutions.
36- Border management will become integrated.
37- Unemployment will drop to five percent.
38- The difference in development between regions will be brought to a minimum.
39- Poverty will diminish through the balancing of income distribution.
40- Women will make up 38 percent of the workforce.
41- Fifteen-thousand handicapped will be employed in the public sector.
42- The undeclared will be dropped to 15 percent.
43-The number of business and career advisors will be increased to 4,000.
44- A new public personnel system will be established.
45- The social security deficit will be dropped to one percent of GDP.
46- Half of the children under protection will be sent to private schools.
47- A public hospital union will be formed.
48- Everyone under the age of fifty will be 100 percent literate.
49- The youth population will be at minimum high school graduates.
50- University will be accessible for high school graduates that want to attend.
51- Research and Development will enter the first league in the world.
52- Information and technology will be exported.
53- The High Education Board will be transformed into a coordination council.
54- An urban transformation including home-building will be completed.
55- Elderly, handicapped and child-friendly residential areas.
56- Villages will be granted zoning.
57- The majority of the population will reside in metropolises.
58- A new village code will be drafted.
59- Turkey will become the most highly represented fifth nation abroad.
60- The EU targets will be protected.
61- An effective and active foreign policy will be followed.
62- External dependence on defense will be decreased.
63- The international system in which the powerful are just will be question.