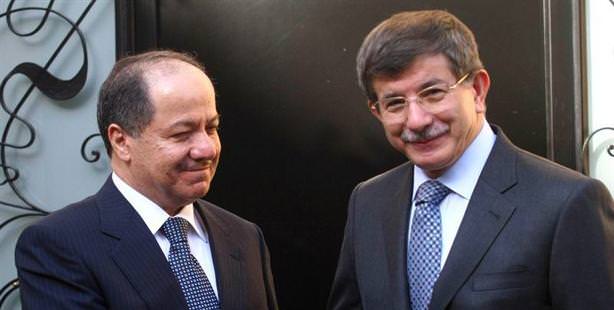 Foreign Affairs Minister Bakanı Ahmet Davutoğlu has spent the past two days meeting with Iraqi officials in Ankara in order to discuss internal developments in Iraq as well as mutual relations.

During Davutoğlu's meeting with the leader of Iraq's Kurdish Regional Government Massoud Barzani, the two discussed more effective cooperation in the fight against PKK terrorism, while also touching upon economic and trade relations.

Developments in both Syria and Iraq were laid to the table and Davutoğlu reiterated his stance regarding the PYD, the PKK's extension in Syria during the meeting while Barzani expressed his concerns regarding the rising number of Syrian refugees in his region.

Later, Davutoğlu also met with the chair of Iraq's Islam Party Iyad es-Samarrai in which the two discussed Syria as well as the current situation in the region in the aftermath of Arab Spring.

In a continuation of his round of talks with Iraqi officials, Davutoğlu also met with the Patriotic Union of Kurdistan Assistant Secretary General Berham Salih, Iraq's Kurdistan Islam Part leader Muhammed Faraj and the First Deputy Chair of Iraq's al-Sadr Movement Mustafa Yakubi to discuss regional developments affecting both nations, with a focus on Iraq and Syria.