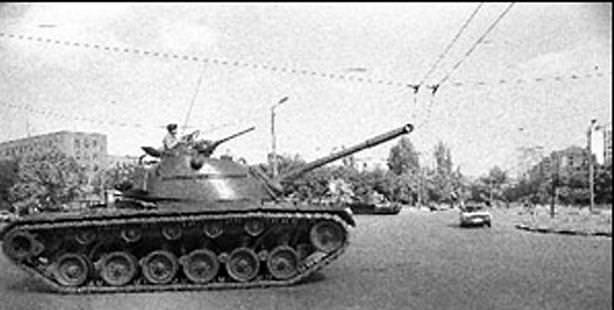 In line with the vision Prime Minister Erdoğan shared during Sunday’s historical AK Party Congress meeting, all legislative articles used as a basis for previous coups will no longer find presence in the same manner in legislation.

Both politicians and jurists are in support of making a number of amendments to the Turkish Armed Forces Internal Service Code, namely the 35th article as well as the 2nd and 37th articles, which were previous used as a legitimate basis for military intervention. In Turkey from here on out, support will be given towards normalization and democratization and the true guardians of the state will be society.

There's going to be a fall cleaning of all codes and legislation which have been used to legitimize military coups in Turkey's past. With Prime Minister Tayyip Erdoğan's announcement of the AK Party's manifesto, which includes the combing over all coup-related legislation, a start was issued to begin expediting the process. Deputy Prime Minister Bekir Bozdağ leads the commission, which will be sorting through and redrafting a number of questionable articles in the military code.

The 35th article, which states the Turkish Armed Forces (TAF) duty as being to 'protect and watch over the Republic', is the primary legislation that will be redefined. Instead, this article will be altered to state the TAF's duty as being 'to guard against external threat and to protect and defend the nation'.

The commission has also brought articles two and 37 of the military code to the table. Both articles will be stripped of any expression which infers to calling on military intervention, primarily being the notion of protecting the 'Republic' versus the nation. Preparations have also been initiated into possibly amending the first, 85th and 86th articles for the same reasons.