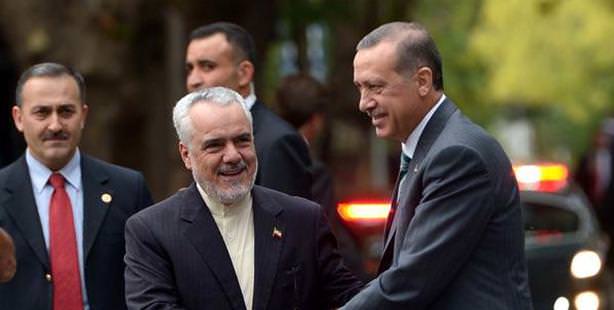 Turkey’s shelling of Syria in retaliation of a strike on Akçakale on Wednesday, which killed five Turkish nationals, is in line with the rules of engagement established at the end of June. At that time, Erdoğan had granted the military permission to respond immediately in the case of an attack from Syria.

The details of Ankara's historical decision to retaliate upon the shelling of a border town in Şanlıurfa by Syria, which resulted in the deaths of five civilians, namely a mother, her three children and a relative, is now coming to light. When Prime Minister Recep Tayyip Erdoğan changed the rules of engagement in June, granting the military an open check, he had said, "We take political responsibility. When there is an attack, you can strike without asking us!"

Upon this general order by Prime Minister Erdoğan, the Turkish military proceeded to shell designated Syrian targets on Wednesday, leading into yesterday morning. The main question that has surfaced since then has been "How were the orders given to hit Syrian military targets?" SABAH has accessed the answer to the public's most pressing question.

During the meeting, the conclusion was reached that Syrian military troops targeted Turkey directly from points in Tel Abyad in an attempt to redirect the international community's attentions away from Damascus and Aleppo. It was also clarified that bombs had hit non-residential areas in Akçakale before, however this most recent targeting of civilians could not remain unresponded to.

The Syrian downing of a Turkish F-4 jet in international air was a turning point for joint relations. In response, Turkey changed the rules of engagement, no longer qualifying Syria as a 'friend' but instead 'an enemy'.

Erdoğan announced this change of status during the June 26th 2012 AK Party group meeting. At the time, Erdoğan had relayed the message, "Turkey will determinedly take the steps necessary designating the place, time and method in which to do so. The Turkish Armed Forces' rules of engagement have changed and they will respond to all violations along the Syrian border. Turkey will consider all military items from Syria as a threat and will consider the military a target."

This change in the rules of engagement meant that from then on, the Turkish Armed Forces would retaliate immediately upon any perception of threat from Syria, whether it be military activity, air field violations or maneuvers from Syrian ships in the Mediterranean. Since the change in the rules of engagement, Turkish planes have embarked on preventative flights when Syrian helicopters have approached the Turkish border.

WE HAVE HIT BEFORE

It has been learned that as soon as the rules of engagement changed, Erdoğan gave the order to the General Staff to strike, without asking for authorization in the case of any attack from Syria, and stated, "We take political responsibility."

When five citizens were killed from the blast in Akçakale, Erdoğan's order was immediately put into play. Turkey's military began shelling designated military targets in Syria. It now turns out, that ever since last month Turkey has responded to every bomb thrown by Syria.

PRIME MINISTER: MOTION IS AN EFFECTIVE DETERRENCE
Prime Minister Tayyip Erdoğan commented on the Akçakale incident for the first time yesterday at a press conference held with Iran's First Vice-President Mohammad-Reza Rahimi, who arrived to Ankara yesterday, in which he relayed the following messages:

THEY HAVE STRUCK SEVEN TIMES BEFORE: "This is not the first attack that has come from Syria. There have been seven similar attacks thus far, however no lives were lost. Buildings were damaged. We have had to relocate citizens due to the shelling that has happened time and time again. We have waited patiently. Despite the note we presented Syria with, they have still not taken a step back.
We cannot consider the incident that transpired in Akçakale as an ordinary occurrence such as the effects of one nation's internal conflict crossing over the border."

THEY ARE NOT THE REBELS THEY ARE THE AGGRIEVED: "Syria puts forth a simple excuse by saying, "We are doing this against the rebels." We don't consider them (Syrian regime) to be the sufferers. This is a country where 30,000 people have been killed. How can this be an accident? Therefore, we are inviting all of our comrades to be sensitive to this issue."

OUR INTENTIONS ARE NOT TO GO TO WAR: "We just want peace and security in this region. This is our issue. We never have intentions of starting a war. The results of war are evident in Iraq and Afghanistan. It would be impossible for us to say "yes" to this at any end."

THE MOTION IS INTENDED AS A DETERRENCE: "The main intention in releasing this motion for authority is to strengthen our deterrence. One of the most important ways to prevent war and conflict is to present an effective deterrence. There may have been some who resisted the passing of this motion. However, those who resisted this motion will not be the ones held accountable for this in history. And of course, we will explain this motion to our public in the squares who are against it."

Iran's First Vice-President Mohammad-Reza Rahimi also expressed his support for Turkey's policy on Syria. Speaking at the press meeting, Rahimi stated "We stand behind Turkey on this issue. We may have a divergence of views on certain political issues. Even brothers living in the same home can have differing opinions. We are proud to be neighbors with a country like Turkey."

Prime Minister Tayyip Erdoğan greeted Iranian First Vice-President Mohammad-Reza Rahimi yesterday with an official ceremony held at the Prime Ministry. Erdoğan embraced Rahimi as he exited his car upon arrival and said "welcome". Rahimi greeted the military squad present upon his arrival by saying "Merhaba soldiers". As he entered the Prime Ministry, Rahimi placed his hand on Erdoğan's shoulder and Erdoğan responded by putting his hand on Rahimi's shoulder.