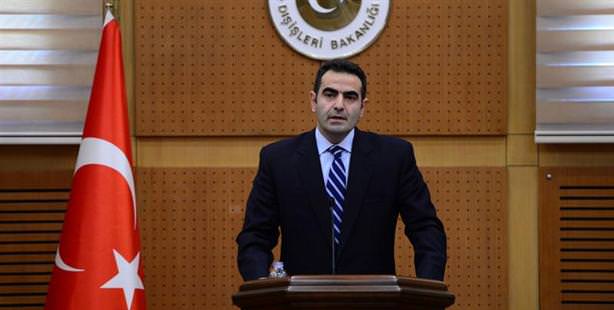 Commenting on statements made by a senior Israeli official in regards to Turkish-Israeli relations, Turkish Foreign Ministry Spokesperson Selçuk Ünal said that everybody was aware of how Turkey-Israel relations reached this point.

"There is no change in Turkey's stance when it comes to relations with Israel. Instead of trying to present statements via the media, Israeli officials should take steps to normalize relations with Turkey," he said.

The spokesperson's comments came after media reports said that a senior Israeli official had stated Israel was willing to discuss the developments in Syria with Turkey. The official had also hinted that Israel was ready to discuss ways to normalize relations with Turkey without any preconditions.