Over 1,000 PKK terrorists cross into Syria over the month 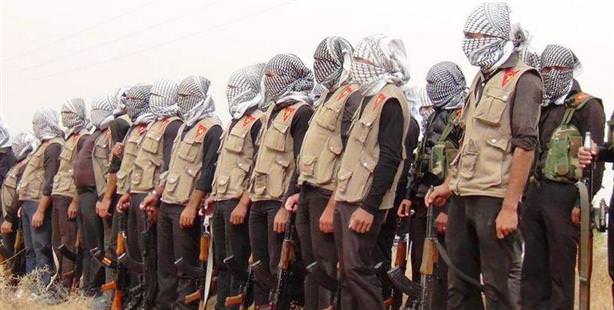 According to intelligence reports, the number of PKK terrorists being harbored in camps located in northern Syria has reached ten thousand.

The PKK appears to be settling into areas in northern Syria, which are densely populated by Kurds. Intelligence departments have deciphered coded messages sent out by Fehman Hüseyin, aka Bahoz Erdal to field commanders within Turkey in areas referred to in code as Zagros (rural Hakkâri), Amed (Diyarbakır- Bingöl), Botan (Siirt- Şırnak) and Amanos (İskenderun, Dörtyol and Osmaniye).

The supposed field commanders communicate with the main headquarters in Kandil, which is referred to by the code name "Roj t", using wireless transmitters that resemble an iPad. Supposedly the correspondence involves Bahoz Erdal's request that all Syrian national PKK members be sent to Kandil or the northern Syria region, highly populated by Kurds.

Upon orders, over the past month over a thousand Syrian terrorists have either returned to Syria or have been sent to Kandil. Those who were called into Kandil have been outfitted with heavy weapons and then sent on to Syria. The number of PKK terrorists staying in camps in Syria has now reached nearly 10,000. The average age of Syrian PKK members has now dropped down to 14.

According to intelligence reports, in operations staged in the first nine months of 2012, 19 PKK terrorists of Syrian heritage were killed. The report also states that over the past three years, 70 percent of new members to the PKK terrorist organization were Syrian, 15 percent were Turks and the remaining 15 percent were from other countries including Iraq and Iran. Contention between Syrian and Turkish organization members has been detected through wireless transmitted dialogue.

This is a translation of an article originally written by Sırıberk Arslan.