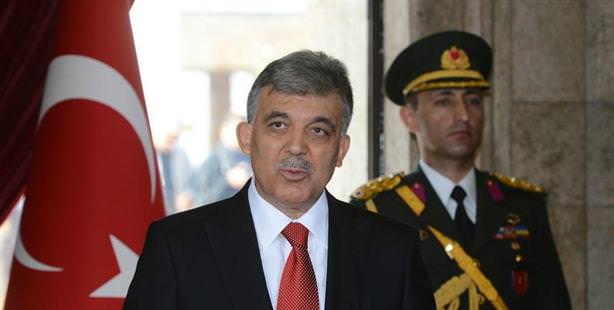 In a statement released for Republic Day, celebrated on Oct. 29th, President Gül says that raising democratic standards will be what guarantees achieving real peace in Turkey.

President Abdullah Gül released a message to commemorate the 89th anniversary of the founding of the Republic in which he emphasized the importance of raising democratic standards, which he says will guarantee real peace and solidarity as well as stability, prosperity and security in Turkey.

Drawing attention to the importance of drafting a libertarian, pluralistic and democratic constitution, President Gül states, "Our common objective is a Turkey where everyone enjoys democracy, liberty and rights and freedoms as per the universal standards. It is crystal clear that in order for Turkey to be a developed democracy, the basic rights and freedoms should be broadened and the supremacy of law should be strengthened. An atmosphere of democracy is a power that vitalizes democracy."

Calling for the protection of unity and solidarity Gül addressed the nation's politicians to embrace a "culture of compromise", which he says will only make Turkey stronger.

"Today, our country with its developing democracy, growing economy, strong army, human resources and entrepreneurs is enjoying a profile which is reaching higher and higher each day in the international arena. Turkey is a country that with its achievements thus far has elevated the self confidence of its nation. Turkey, located in geography with grave risks and challenges, is making great efforts to spread peace, justice and prosperity to its nearby neighbors and those beyond as per the principle of Atatürk: Peace at home, peace in the world."