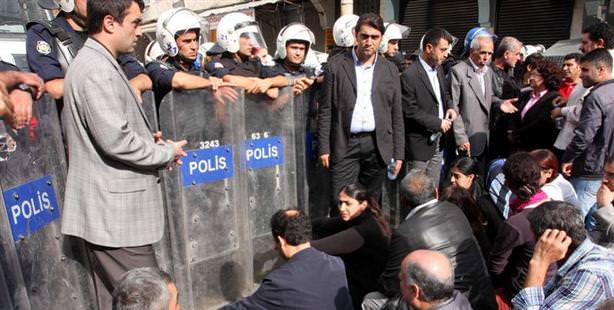 Convicts engaged in a hunger strike in prisons throughout Turkey are beginning to react to the fact that high-level PKK members are refraining from participating themselves. The activists, saying, “The state is trying to keep us to live, while the organization and deputies are trying to kill us,” have begun to abandon the hunger strike.

Hundreds of inmates who have been convicted of or are under arrest on suspicion of membership in the PKK or its umbrella organization, the Kurdistan Communities' Union (KCK) have been staging a hunger strike since September 12th demanding an end be put to PKK leader Abdullah Öcalan's isolated imprisonment and to allow education and defense statements be provided in Kurdish.

Signs have begun to surface that the hunger strike is not progressing as intended. The PKK terrorist organization's most recent plan to include children in the hunger strike has gone awry. It has since been revealed that the hunger strike was initiated by lower-level organization members and suicide bomber candidates. Those participating in the strike are doing so mainly through pressure exerted by the terrorist organization and the lack of participation by higher level members is beginning to touch a nerve. In fact those participating in the unending hunger strike are beginning to revolt against the higher level administration which appears to be continuing on as normal. Last week, 300 inmates wrote to prison administrators in order to put an end to the strike. Members of the organization and BDP, the Kurdish nationalist opposition party, are insisting the strike continue however, which has led to the reaction of demonstrators, who are saying that while the state is trying to get them to live, the organization and the deputies that represent them are trying to get them to die.

112 GIVE UP HUNGER STRIKE

A total 112 inmates have supposedly put an end to their hunger strike. In a Mardin Penitentiary, conflict erupted between PKK members and high level KCK members, who refused to join the hunger strike.

ORDERS FROM THE RADIO

The PKK affiliated Denge Kurdish Radio released two announcements on October 18th, stating, "Deniz Kaya requests those groups in prison that are not participating in the hunger strike to do so in order to raise the level of the struggle." It has since been uncovered that Kaya's real name is actually Zeki Bayhan and he is currently incarcerated in the Erzurum H Type Enclosed Penitentiary while also serves as the Director of Penitentiaries for the PKK. The hunger strike started off with 371 PKK members from 40 different provinces. The number has since gone up to 680 inmates participating in the hunger strike.