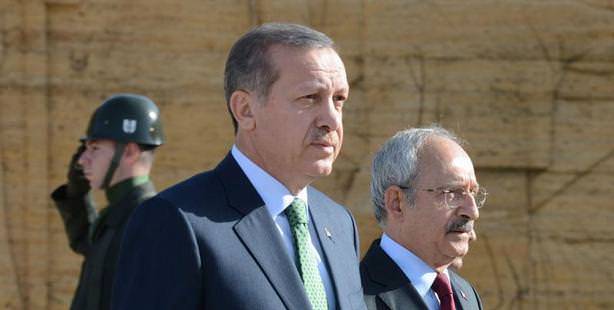 In a message for Republic Day, Prime Minister Recep Tayyip Erdoğan emphasized Turkey’s need for a more just and egalitarian new constitution, which he said the government is currently working on.

In his message released for the 89th anniversary of the founding of the republic, Prime Minister Recep Tayyip Erdoğan stated that Turkey is currently taking step by step towards reaching a bright future.

"We will not allow any power or bad intentions or dirty ambitions to derail us from our path," stated Erdoğan. "Our goal is to make Turkey become one of the most advanced countries in the world in terms of democracy, norms of the state of law, human rights and liberties, economy and level of education by the 100th anniversary of the founding of the Turkish Republic.

Explaining that it is for this very reason that they are working on drafting a more democratic, fair and egalitarian constitution, Erdoğan stated, "We are developing, modernizing and reviving ourselves in order to further advance Turkey's international esteem."