An emergency take-off for Turkish F-16s 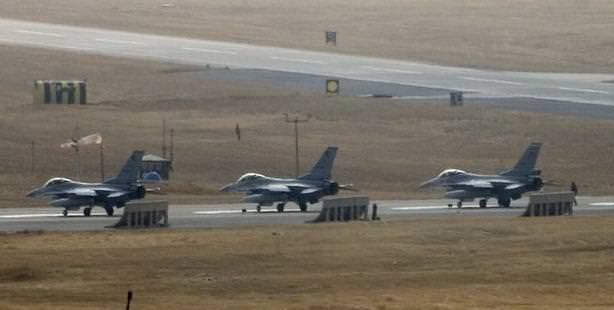 The wounded victims as a result of the heavy bombing in the Syrian town of Rasulayn, located directly across the border with the Ceylanpınar district in Şanlıurfa, were brought to the Ceylanpınar State Hospital yesterday for medical care.

When Syrian fighter planes reached the zero point of violating the border, Turkey deployed a series of F-16 war craft on emergency alert from the Air Force Base in Diyarbakır.

ORDERED TO STRIKE AT EVEN THE MOST MINUTE VIOLATION

Ten F-16's loaded with munitions were deployed in intervals in order to conduct patrol flights. Dispatched to the border region, the warplanes were ordered to shoot in the case of even the most minute border violation committed by Syrian fighter planes.

Officials say that this is the first time that Turkish warplanes have approached the Syrian border at this close a vicinity, the reason being of course to both protect Turkish citizens as well as the border shared with Syria.

The Turkish fighter jets refrained from violating the border in any way and returned back to the base after completing their reconnaissance flights.