A Syria fact: one person dies every nine minutes 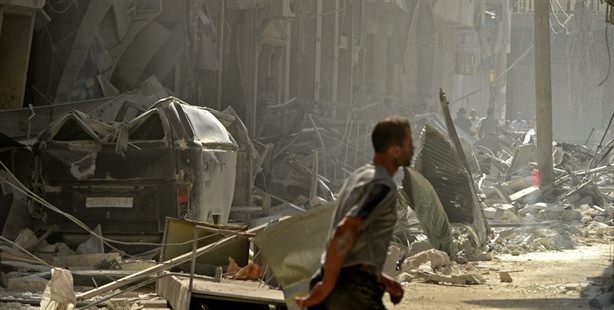 The Syrian National Coalition committee discussed the need of support for organization, transportation, food and defense, while also revealing a number of stark realities from the field.

The Syrian opposition shared a number of interesting figures with the visiting Turkish committee. "A person dies every nine minutes in Syria. The death toll has reached 44,000 whereas the number of people missing has surpassed 80,000," stated Syrian oppositionists.

In response to one of the council members saying, "We will never be able to repay our debt to you, even if we tried for years," Davutoğlu stated, "You are not indebted to us. Your ancestors paid this debt to us years ago. You do not owe anyone anything. Make sure you do not sit down at the negotiating table with this sentiment," stated the foreign minister.

Davutoğlu said that the time of Assad's administration is nearing an end, and pointed out, "when the moment of Assad's downfall comes, a ruling will then be released by the United Nations and everyone will want to be standing in that photograph.