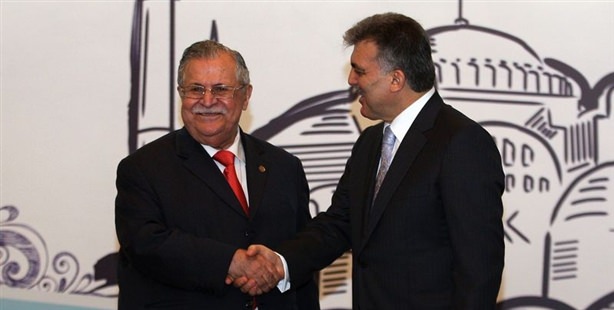 Iraqi President Jalal Talabani suffered a brain hemorrhage on Monday. Since that time the focus in the nation has now turned to formulas for a new leadership.

While doctors say that 79-year-old Talabani's condition is improving, it is yet unclear as to whether he will be able to return to his post.

In Iraq, should a president resign or pass away while in office, the parliament needs to go to an election within the month. The delicate balance in the Baghdad-Erbil crisis is expected to sway in Talabani's aftermath. With the Sunni and Shiite divide in Iraq, when sectarian trends take precedence, the Sunni Arabs and Kurds tend to align, however when ethnicity comes into the forefront, the Sunni and Shiite Arabs alliance tends to strengthen.

According to the Iraqi Constitution, a president must either be an elected member of parliament or an outside candidate with one-third of the MP's vote. There are no legal obstacles to a new Kurdish leader being elected. There is a sort of 'gentlemen's agreement' in play however, in which the President tends to be Kurdish, the Speaker of the Parliament Sunni and the Prime Minister Shiite.

Iraqi President Jalal Talabani was elected to the post two years ago based on an understanding between Iraq's former President Ayad Allawi and Prime Minister Nouri al-Maliki. Allegations that the U.S. wanted Allavi to serve as president instead of President Talabani are debated regularly in Iraq.
Former Prime Minister of the Kurdistan Regional Government of Iraqi Kurdistan Barham Salih is also under consideration to take over the position, however in reality there are an extensive number of potential candidates including incumbent Prime Minister Maliki.

Talabani is a key player in the Ankara-Baghdad-Erbil line. Talabani, who is of Kurdish heritage and influential in Baghdad, plays an integral role in Ankara's bipartite policy with Northern Iraq and Baghdad.

Talabani Headed for Germany for Treatment

According to an announcement made by Iraqi Kurdish MP Mahmud Osman, Talabani's doctors have decided to resume the president's treatment in Berlin where he will be arriving later today. The medical team that arrived from Germany states that Talabani's health is improving.

Iraqi Deputy Health Minister Dr. İsam Namık Abdullah has announced that in addition to his team of doctors in Iraq, three additional medical teams from Iran, Germany and England have also administered check-ups on the president.

President Abdullah Gül sent a get well message to his Iraqi counterpart who was admitted to the hospital Monday night. Addressing Talabani as "my dear brother," Gül wished the Iraqi president have a swift recovery. Gül also assured that if Talabani wanted to continue his treatment in Turkey, they would be willing to accommodate that request in every way possible.