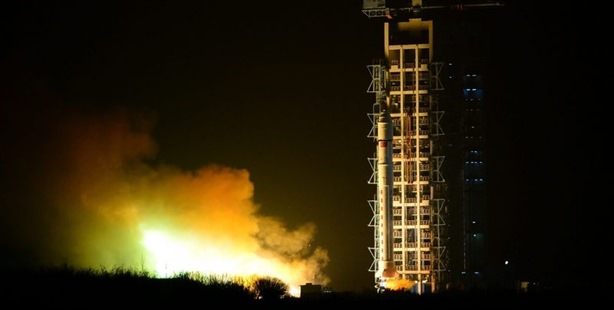 Launched on Tuesday, Turkey’s first national observation satellite Göktürk-2 is fully functioning. Now, the team awaits the first images to come in from the satellite.

Turkey's national observation satellite Göktürk-2 is operating without a hitch. According to an announcement made by the Turkish Scientific and Technical Research Council (TÜBİTAK), the satellite, which is conducting its startup procedures through a remote computer connection, has passed over Ankara a total five times in its first 16 hours.

Communication is being established with the satellite, which is controlled by TÜBİTAK Space Technologies Research Institution (UZAY) in Ankara, from land stations closely located to the North Pole in Trömso, Norway and the Svalbard islands.

The TÜBİTAK UZAY team, which has been working incessantly since the launch, is conducting instant evaluation of operating information such as temperatures, voltages and currents as well as from the camera itself. The satellite stationed 686 kilometers from earth, passes over its three land stations approximately 30 times a day.

According to TÜBİTAK Space Technologies Research Institution Director Tamer Beşer, all reports coming in state that the Göktürk- 2 is functioning healthily and all apparatus on the satellite are also operating without a hitch. Explaining that the Göktürk-2 will circle the globe 15 times a day, Beşer stated, "Our land station team inspects all operational information received from the satellite itself and our other land station. Temperature changes, details on the recharging of the satellite's batteries, orientation information and functionality of all software are checked continuously. Our teams have power system specialists, orientation control specialists, orbital mechanics specialists, experts on flight computer equipment and software as well as thermal specialists."

Beşer went on to state, "Another success here is the fact that the communications system, flight computer and all other system components on the satellite, which were domestically produced by TÜBİTAK UZAY are operating smooth."

Beşer also provided the following information: "The satellite will be positioned to face the earth in order for its panels to open. Once the start-up procedure is finalized we aim to receive the initial images provided by the Göktürk-2 as soon as possible."

Director of the Anatolia University Earth and Space Sciences Institute, Prof. Dr. Alper Çabuk says that the launching of the satellite was a significant step along the path Atatürk designated for Turkey, and stated, "A nation that does not have a command of space can never be truly independent. If you do not have command of space you cannot direct your planes to the right positions, you cannot communicate, or direct security systems, take the precautionary measures against natural disasters, protect your forests and meadows and agricultural land, and you also cannot healthily plot out cities and residential areas. Turkey will now be even more independent," states Çabuk.

The Göktürk-2, produced in its entirety through national resources, will be used for both military and civilian purposes. The images obtained by the one cubic-meter volume Göktürk-2 will be brought down to Turkey from space instantly. The satellite will have a 2.5 meters resolution. In other words, Turkey will be able to observe down to a 2.5 meter area in the Kandil Mountains. The satellite will not be used solely for militaristic purposes, it will also be utilized in a number of civilian areas spanning from forest control, tracking illegal buildings, determining damage from natural disasters and also in producing mapping information. Within the next ten years, satellites will be developed to have resolutions of down to just 20 centimeters.