An open door for al-Issawi and a warning on Iraq for the U.S. 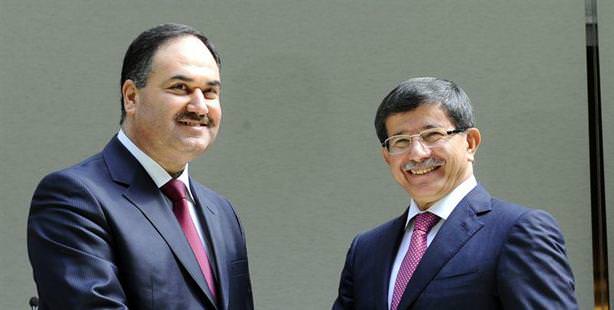 Speaking with his contacts in Iran and Egypt, Davutoğlu delivered a message to the United States that “Peace needs to be secured.” Ankara is also prepared to open its doors for Iraq’s Finance Minister Rafia al-Issawi, whose security detail was recently arrested.

An official from the foreign Ministry recently stated, "Anyone who wants to can come," thereby laying the seeds for al-Issawi's potential request for sanctuary in Turkey. Minister of Foreign Affairs Ahmet Davutoğlu held discussions with his counterparts in Egypt and Iran over the weekend. Davutoğlu also relayed a message to the United States through diplomatic sources, stating, "Peace needs to be secured in Iraq as soon as possible."

THE SÜNNİS: WE ARE UNCOMFORTABLE

Upon hearing the news that nearly 150 of Rafia al-Issawi's security team had been arrested and his office raided, Foreign Minister Davutoğlu, who was in Macedonia at the time; decided it was time to make a move. Speaking to his counterparts in Iran and Egypt by phone, Davutoğlu emphasized his concern and discomfort felt by the Maliki administration's oppression and assault directed at Sunnis. "We are expecting you to take action against the administration's stance in order to ensure harmony is reestablished in Iraq as soon as possible. This ongoing crisis in Iraq is escalating," stated Davutoğlu. Ankara is concerned that Maliki's administration is not actively governing the state and is concerned the instability in Iraq will only continue to escalate. Ankara is also expecting the coalition government in Iraq to fall by the wayside.

HASHIMI HAS NOT RETURNED

After spending over a month in Qatar, Hashimi had expressed his intentions to return to Turkey for the New Year. According to sources, Hashimi spoke with al-Issawi over the phone regarding the recent developments in Iraq. Supposedly al-Issawi told Hashimi that he has no intentions of departing his country and plans to continue to reside in Iraq.