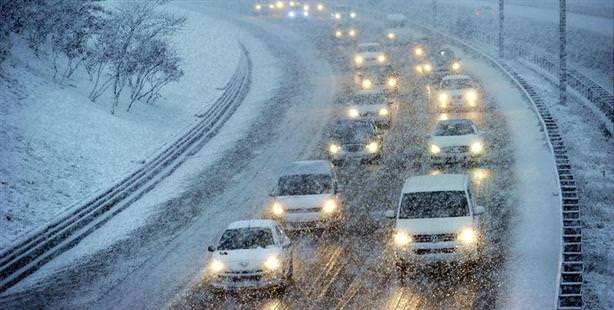 Transportation throughout Istanbul was compromised on Tuesday and schools went on break due to the intense snowfall throughout the city. The Istanbul Governorship has announced schools will continue to remain closed on Wednesday due to the harsh snowy weather.

The Istanbul Governorship announcement stated that due to the continuation of heavy snowfall, all primary, elementary, middle and high schools will go on break for an additional day on Wednesday, January 9th.

A WARNING FROM MAYOR TOPBAŞ

Speaking at a press meeting held at the Disaster Coordination Center (AKOM), Istanbul Municipal Mayor Kadir Topbaş stated, "According to meteorological information, the snow fall is expected to continue through Wednesday. Because this is a meteorological situation, we are only able to foresee up to a certain point and are unable to know how it will follow. Therefore, we need to be cautious.

You may see roads that are open and there may appear to be no snow buildup, however there may be invisible ice and frost. We have especially experienced a number of accidents in the late night and early morning hours due to the drop in temperatures resulting in icing over the road. I therefore want to warn drivers to be especially cautious at this time."

Topbaş went on to explain that shelter for those on the street or those in need is available at the Metin Oktay Sports complex in Sarıyer.

Mayor Topbaş also requested that handicapped, pregnant and elderly citizens especially refrain from going out in traffic on Wednesday.

Heavy snowfall has engulfed a number of regions throughout Turkey since the start of the week, shutting down schools for the day in Düzce, Niğde, Zonguldak, Muş, Kars, Hakkari, Erzurum, Tunceli, Erzincan, Bingöl, Nevşehir, Kocaeli, Elazığ, Giresun and Bolu.

A number of village roads were closed to transportation throughout Turkey as well as in Niğde, where snowfall reached up to 40 centimeters in areas of high elevations.

The harsh weather has already resulted in a number of accidents throughout the nation and drivers are being cautioned to avoid driving if possible. In Istanbul, a public bus drove into the Küçükçekmece Lake on Tuesday afternoon, wounding 17 according to initial reports. The İETT Bus on the Yenibosna-Kayaşehir route was dragged 300 meters due to the slippery road conditions and then drove off the cliff into the lake basin. A number of passengers and the bus driver have been injured. A high number of ambulances and firefighters were dispatched to the region following the accident, which took place at around 4:00 pm Tuesday afternoon. Efforts by firefighters are ongoing to rescue the remaining passengers stuck in the bus.