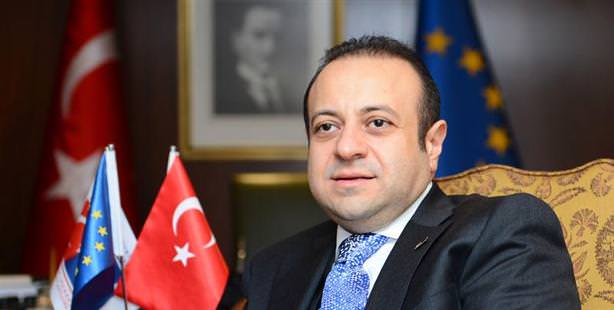 The Turkish Republic, for the first time ever, has prepared its own Progress Report. According to EU Minister and Chief Negotiator Egemen Bağış, who went on to release the following commentary on the report, Turkey has never been as close as it is now to reaching EU standards.

2012 was a year of critical developments for both the European Union as well as our own geography. It was a year in which Turkey's global significance increased, its strength solidified and the nation stood out for its successful economic performance. It is obvious that the financial crisis suffered by the EU over the past four years has increasingly taken on a triggering quality for political crises. We have closely followed the heated debates that have surfaced during this period, in which the relations between EU member nations, the structure of EU institutions and the future of the union have especially been up for question. The failure to reach a joint conclusion, as a result of the varied sensitivities of member nations, which has been rather trying during this crisis-era, has lost the EU a considerable amount of time. That said, it is obvious that the EU, which has grappled with a number of significant crises in the past and has always somehow made it through, will sooner or later also overcome this crisis, the EU has this potential. The question here is focused on how the EU will overcome this crisis and what sort of structure it will take on following the crisis. There are presumptions that from a decision-making process standpoint the direction taken following the crisis may be one of a more flexible integration. At the same time, while some member nations prefer slower integration, it is being debated that some, for example Euro Zone nations, could be headed towards a more progressive integration model. No matter what sort of Europe develops, Europe's wise politicians and academics readily accept the fact that Turkey's position within this photograph of Europe will only grow stronger and that every picture that does not contain Turkey will be lacking.

Our determination during this reform process is one of Turkey's most important qualities for the EU. The steadfast reforms made by Turkey over the past decade have given our nation a psychological superiority in EU accession negotiations. We are now stronger at the negotiations table due to this psychological superiority. The preparation of Turkey's own Progress Report is one of the most important manifestations of our strength in this recent period. For the first time ever, the Turkish Republic has written its own Progress Report. Turkey's Progress Report, prepared by request of our Prime Minister and coordinated by the EU Ministry with the contribution and appraisal of all of our related ministries, contains all of the concrete steps made in our nation over the past year in accordance to the EU acquis communautaire. When listed one after the other, the reforms we have realized over the past year which comprise nearly 270-pages have brought Turkey closer each day to achieving EU standards. With this Progress Report we have thrown down the gauntlet as it were to those who claim the EU process has wavered and that our nation has not fulfilled its obligations. We have never and will never accept anyone unfairly accusing Turkey. It is entirely due to the nation's confidence that Turkey has now reached a point of being able to prepare its own Progress Report. With every sentence and every page, this report provides a meaningful response to those who question our nation's determination in conducting reforms. This Progress Report is also a seal of Turkey's resolution in the EU process. It is also Turkey's challenge against those warped mindsets that exploit both EU values and our accession process. This is not a text prepared with a reactionary approach, it is entirely meant to share the facts and the reforms made with our public. We are also planning to continue this process periodically in the years to follow. The release of our own Progress Report should in no way be misconstrued as us not taking the documents released by the EU extremely seriously. While the expectation is that certain opponents of Turkey in Europe may be uncomfortable with the report, the fact that certain groups within our nation are uncomfortable is quite frankly incomprehensible.

Our nation has achieved a momentum of progress in reforms under our Government that leaves EU nations in its wake and the evidence of this determination is more than visible in our Progress Report. Turkey, in its history, has never been closer to achieving EU standards. Right now in Europe, there is no other government that is more reformist and no other administration that has committed reforms as fast as we have. While EU nations are grappling with the crisis, our nation is experiencing its most democratic, prosperous, modern and transparent era to date. Those in Europe who criticize that Turkey's reform momentum has slowed and that the EU perspective is becoming lost, will now have to put their head between both of their hands and rethink for themselves. Yesterday's "sick man" is now standing and will be writing today's prescriptions for Europe in order to find solutions to the illnesses in Europe and has now become powerful enough to have the capacity and capability to be able to take this burden off of the EU and not become one itself.