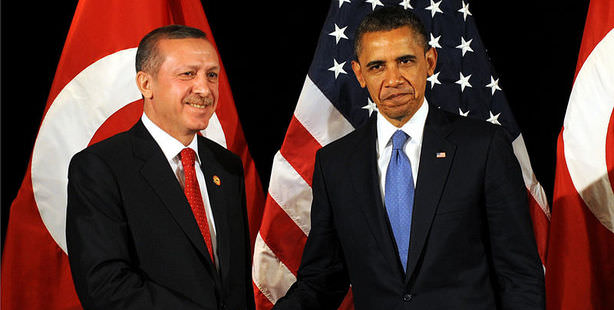 Prime Minister Recep Tayyip Erdoğan sent a message to U.S. President Barack Obama to offer his condolences for yesterday’s bombing at the U.S. Embassy in Ankara.

According to information obtained from Prime Ministry sources, Erdoğan expressed his great sadness at the atrocious attack that transpired yesterday at the U.S. Embassy in Ankara.

Erdoğan strongly condemned the attack in his message and emphasized that all security and intelligence units would be doing all in their power to ensure that light is shed on the attack and that the perpetrators are brought to justice as soon as possible.

''During this process, our security establishments will continue to work in collaboration with our U.S. colleagues. This terrorist attack which targeted the U.S. Embassy is at the same time an attack against Turkey. This incident has once again exposed just how essential it is for Turkey and the United States to increase their cooperation in the fight against terrorism," stated Erdoğan.

"We will therefore stand firm and Turkey and the United States will continue to work in solidarity and cooperation to determinedly stage our fight against all forms of terrorism.

I would like to take this opportunity to offer my most sincere and heartfelt wishes," stated Erdoğan.