‘Why would you enter an EU that is being abandoned?’ 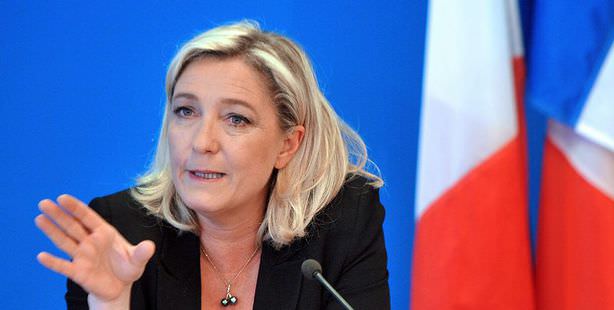 Reiterating her objections to Turkey joining the EU, far-right National Front leader Marine le Pen stated, “The EU has turned into the former Soviet Union. Turks are also not as intent on entering the EU as they once were.”

French leader of the extreme rightist Front National (FN) Party Marine Le Pen expressed her objection to Turkey's EU membership by stating, "Why would the Turks want to enter a union that everyone else wants to abandon?"

Le Pen remarked that with the Euro crisis the EU has turned into the Soviet Union and said, "I know that the Turkish public is not as intent as they were in the past to enter the EU. The Turkish public has witnessed the nightmare transforming in the Euro region and is making the right decision by opposing the nation's EU membership. Why would they want to enter a union that everyone else wants to abandon?"

Le Pen went on to state, "Politicians presented the EU to the public as being a peace project that will increase welfare and will bring new job opportunities. However, the EU project instead brought on economic battles, the downfall of industry, unfair competition and the loss of national sovereignty."

Referring to Turkey as a nation that could act as a model to the Middle East, due to both its historical position and its principles of secularism, Le Pen said, "Turkey needs to not support the radical Islamists in Libya and Syria. This situation will lead to Saudi Arabia and Qatar taking over regional leadership. Certain EU nations and the United States act as accomplices to these two countries. In this regard, Turkey, due to its historical position and its secularity, could be a model nation for the region. If Turkey presents another option against radicalism, then we would support this stance," said Le Pen.

Expressing that the EU has patronized Turkey and made it wait at its door for many years now, Le Pen stated, "Turkey is not a part of Europe, neither historically, or geographically, or cultural-wise. If you want to honestly respect a nation, then you need to openly state the truth. They were not open on this issue."
The extreme-rightist leader also claimed that she is not against Turkey's EU membership due to it being a Muslim country. "There are a significant number of Muslims residing in Europe. I don't feel that Turkey's being Muslim poses a significant obstacle to its EU membership. Our main issue is multiculturalism, which they have subjected us to. Multiculturalism has now transformed into an environment of multiple conflicts," said Le Pen.

Marine Le Pen also mentioned that if their party comes to power, they will place priority on assimilation in the education system in order to imprint the French consciousness amongst Muslims.