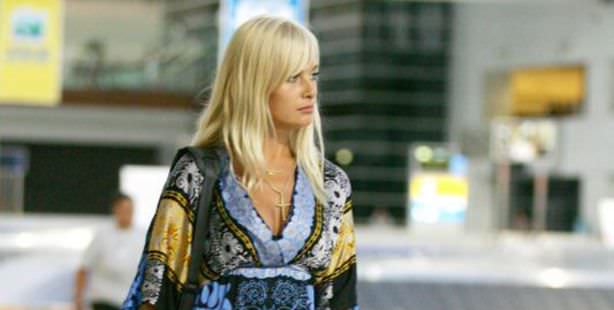 President Gül has approved a new law on foreigners’ entries, residence and departures in Turkey as well as international protection which is in line with EU terms.

The Foreigner and International Protect Law approved by President Abdullah Gül on Wednesday introduces a new legal framework on migration, asylum and international protection in Turkey.

In connection to the law, an Immigration Administration General Directorate will be formed within the Ministry of Interior Affairs and will be tasked with applying all policies and strategies regarding immigration. The General Directorate will consist of a staff of 3,500 including its provincial and international organization. The legislation to establish this directorate will go into effect the day the law is implemented, whereas the remaining legislation will go into effect in one-year following the date the law is published.

According to the law, foreigners will not be sent back to countries where they could be subjected to torture, inhumane treatment, humiliating punishment or where their lives or fundamental rights and liberties are in threat due to their race, religion, political views or for being members of a certain community group. A six-month duration international protection applicant identification card will be issued to applicants. Those given refugee status will be issued identification cards for a three-year duration. Applicants or individuals who have been granted international protection status and their families will be able to benefit from education, social and health assistance services. Applicants or conditional refugees will be able to apply for work permits six months after the date they applied for international protection.

The law also ensures that foreigners subjected to comprehensive investigations while entering the country will only be forced to wait for four hours.

Foreigners will be allowed to apply for 90 days visas from the consulates of their nationality or permanent residency; however they will only be allowed to stay a maximum of 90 days within any given 180-day period. Visas may not be required for those forced to dock at naval ports for compelling reasons for up to 72 hours to enter into the port city. Foreigners who arrive to border gates without a visa and are able to document that they will depart Turkey at a specific time, may be granted visas on exception. An airport transit visa may be made mandatory for foreigners using Turkey as a transit point.

According to the new law foreigners that will not be granted visas are listed as follows: "Those who do not have passports that are valid for at least 60 days after the timeframe requested for the visa, or those who do not have documents equivalent to a passport, those who are restricted from entry to Turkey, people deemed suspect as a threat to public order or security, those who are carrying a disease that threatens public safety, witnesses or suspects of crimes that necessitate extradition, or those who do not have valid health insurance for the duration of their stay, those who cannot reasonably explain their reasons for entering, transiting or residing in Turkey, those who do not have the financial capacity to support their time of stay or those who do not accept paying their debt or fines issued to them." The Ministry of Interior will retain the authority to provide visas to those they find it will be beneficial for even if they fall into the aforementioned category.

Foreigners who plan to stay longer than 90 days or the time frame allotted by their visa or visa exemption will have to apply for a residence permit. Those who have obtained continuous residence permits for eight years as well as foreigners who fit the conditions outlined by the Immigration Policies Council will be able to reside in Turkey indefinitely.

Governorships will be able to issue 'humane' residence permits for up to one year without seeking ministerial approval or the conditions for residence permits being fulfilled. Foreigners that are strongly suspected of being human trafficking victims may be granted 30-day residency permission during which they can recover from the torment they have experienced as well as decide whether to work with the authorities.

According to the law, applicants for international protection that have suffered from torture, sexual abuse or other psychological, physical or sexual violence may be offered treatment.

-Identification Card for the Stateless-

Foreigners that do not have citizenship with any state that have acquired the rights to legally reside in Turkey, will be issued an identification card which will also act as a residence permit. These cards can be renewed every two years by the governorship.

Foreigners who may be faced with the death penalty, torture, inhumane or humiliating punishment or treatment, or who are suffering serious health issue or their travel due to age or pregnancy puts them at risk or if they are victims of human trafficking who are benefiting from the victim support process will not be deported."

Turkish authorities will also be able to ban foreigners from entry for a period of up to five years. However, if they are seen as a serious threat to public order and security the ban can be increased to ten years.