PM Erdoğan: We will not appoint an ambassador to Israel until the Gaza blockade is lifted 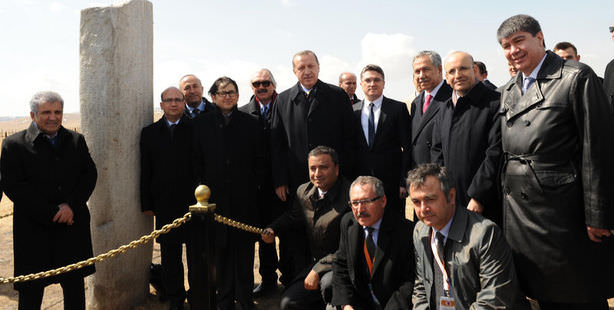 The following are a series of significant statements released by Prime Minister Recep Tayyip Erdoğan regarding Israel and Iraq:

Will collaboration on petroleum continue with Northern Iraq?

"As Turkey, we can establish any form of relationship with Northern Iraq within the Iraqi constitution. The steps we are taking at present are being done so through this framework. I have shared this with both Obama and Kerry. I said, 'Just how you have interests in Iraq, in the same manner, we also have mutual interests."

The Prime Minister of the Central Administration in Iraq Maliki has sent out a series of positive signals regarding Turkey. Will relations normalize?

"We have reached a significant point. At this point, we cannot break the connection we have established with Barzani. We also cannot disrupt our connections with Iraqi Parliament Speaker al-Nujaifi or al-Sadr. First and foremost, Maliki needs to normalize relations with all segments including those we have just mentioned."

Are Israel's actions following the apology in line with the expectations?

"The United Nation's Gaza representative says that Israel continues to strike and disrupt the area. International observers also say that Israel is not keeping its promise. Unfortunately, we are also receiving similar information."

Are they leaving HAMAS out of the picture?

"That's the issue with Israel. However, from the very start, we have been saying, 'peace will not surface from a table in which Al Fatah and Hamas are not present.' It is not possible for us to consider HAMAS as a terrorist organization. These are people who are staging a resistance on their own land, which they are the true owners of."

Will an ambassador be appointed to Israel soon?

"Not until the blockade is completely lifted."

When will the compensation (for Mavi Marmara victims) be determined?

"This is currently being worked on. Our Deputy Prime Minister Bülent Arınç is chairing our committee. They were scheduled to arrive on April 12th, however due to Mr. Bülent's trip to Kyrgyzstan and Mongolia, the arrival of the delegation was postponed to April 22nd.

YET ANOTHER PROJECT BEFALLS TİKA

Prime Minister Erdoğan posed for a souvenir photo with reporters in front of the Tonyukuk Monument in Mongolia. When asked whether Turkey would be taking on the task of renovating the Monument which has seen better days, Erdoğan responded by stating, "We have given the order to the Prime Ministry-run Turkish Cooperation and Coordination Agency (TİKA). The Ministry of Culture will be implementing the project through TİKA. We want to surround the area housing the monument with a cement fence and enclose it in order to transform the site into a type of museum."