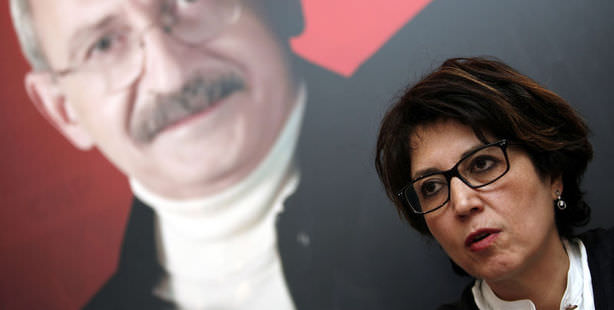 This new development follows a recent statement made by Gülseren Onanç that 65 percent of the party base supports the ongoing peace process to put an end to the Kurdish issue.

Just last week, Onanç stated that 65 percent of CHP supporters support the AKP's resolution process and want peace to be established. This statement is widely speculated to have led to yesterday's resignation. Both the party base as well as the administration has expressed discomfort with Onanç's statement and CHP Chairman Kılıçdaroğlu has commented in CHP lobbies that there is no such poll for which the statement is based on.

'THERE IS NO SUCH SURVEY'

Kılıçdaroğlu openly reacted to Onanç's statement while other fellow co-chairmen have also responded by demanding the question, "If such a poll exists, why haven't we seen it?"

Known for her close relations with Tarhan Erdem, who has been selected as one of the members of the 'wise persons' committee to assist in promoting public awareness during the ongoing resolution process, Gülseren Onanç met with the CHP leader last night in response to the reactions received regarding her statement and submitted her resignation, which Kılıçdaroğlu accepted. Speculation is that Onanç may also resign from the party altogether.

With Onanç's resignation, the position of Deputy Chairman of Public Relations now needs to be filled. While Fikri Sağlar and Ercan Karakaş are both names being considered, the fact that they are both considering running for mayoral positions means they may not accept the appointment.