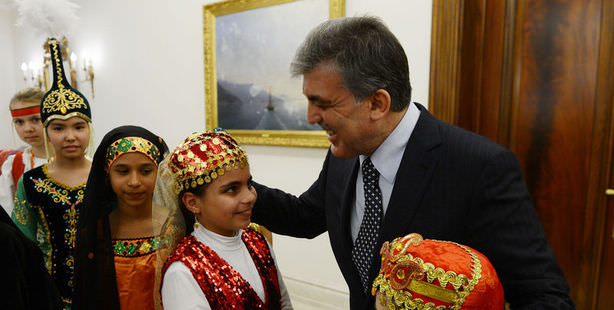 President Gül has over three million followers on Twitter making him the second highest followed president in the world on social media, second only to U.S. President Obama.

President Gül told the delegation of international students, "For Atatürk to dedicate this day in honor of children was the work of great foresight."

The president, who is actively involved in social networking, also shared that the number of followers on his Twitter account has now surpassed the three million mark. With 3,001,530 followers, President Gül is the second most popular president on Twitter after U.S. President Barack Obama.