A critical meeting in Ankara 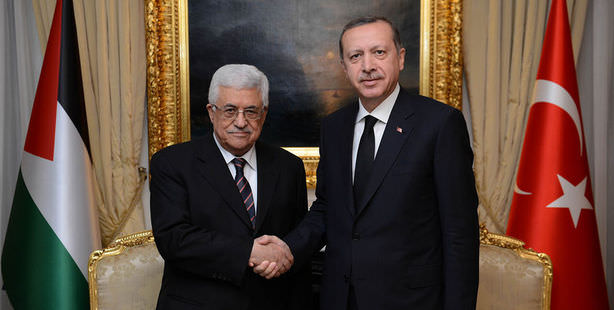 Prime Minister Tayyip Erdoğan met with Palestinian President Mahmoud Abbas on Monday ahead of a planned trip to Gaza which will be highly critical and holds much significance for the premiere.

The main agenda of the meeting between Prime Minister Recep Tayyip Erdoğan and visiting Palestinian President Mahmoud Abbas held at the Prime Ministry Residence was centered around Al-Fatah and Hamas as well as on the ongoing reconciliation efforts in Cairo.

Another important issue discussed was the critical visit to Gaza planned by the Prime Minister. During the meeting, Erdoğan and Abbas exchanged views on the process of Israel's agreement to lift the blockade on Gaza.

Erdoğan also expressed that the West Bank needs to exert its part in ensuring Gaza's access of humanitarian aid.