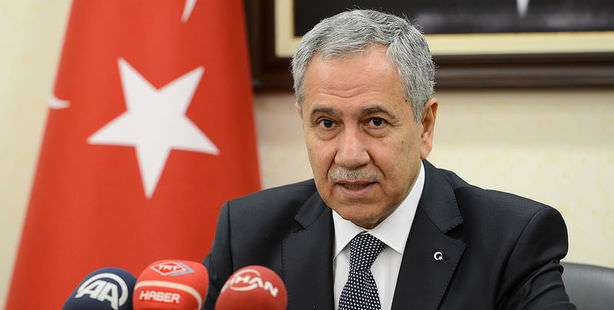 Deputy Prime Minister Bülent Arınç criticized U.S. Secretary of State John Kerry’s comments regarding Prime Minister Erdoğan’s plans to visit Gaza by stating, "Only the Turkish government decides when and where our Prime Minister travels to.”

Deputy Prime Minister Bülent Arınç responded to U.S. Secretary of State John Kerry's remarks in which he stated it would be best if Prime Minister Erdoğan delayed his trip to Gaza.

Emphasizing that only the government decides when and where Prime Minister Tayyip Erdoğan or any other Turkish official travels to, Arınç stated, "We are in no position to request permission or acceptance from anyone."

NEWS OF TURKEY OFFERING ISRAEL A BASE ARE FABRICATED: (In response to reports that Israel and Turkey have held talks regarding the use of the Akıncı Air Base) "This is fabricated news. During our deliberations this was absolutely never an issue. We can understand what the intentions were in publishing this sort of news. These types of reports may surface more frequently from here on out."

KERRY'S REMARKS WERE INCOMPLETE FROM A DIPLOMATIC STANDPOINT: (Regarding Kerry's statement that Erdoğan should postpone his trip) "If our Prime Minister had had the opportunity both in terms of his health condition and his busy agenda then he may have even held this trip in April. It may take place in May, it may also be held at a later date. Our intentions and purpose is for our prime minister to visit the region. It would not be right to give a specific date for the trip. For Kerry to release a statement that the U.S. does not want our Prime Minister to go in May is wrong and incorrect from a diplomatic standpoint."

THE WORLD IS WELL AWARE: "Our government will decide when and where our prime minister or any other Turkish official pays a visit to somewhere. Other than that, we are in no position to request permission or acceptance from anyone. Kerry is well aware of this as is the entire world."

WE WILL SEEK THE MOST APPROPRIATE TIME: "Of course, if Mr. Prime Minister places importance on this trip, then Turkey needs to establish the best time as well as the infrastructure for it to take place. This is not just a decision that will be made by Turkey, for example Palestine and Gaza will have a say. We may be expecting a response as to what time frame is best from the locations planned to be visited."

IT WAS NOT THE RIGHT THING TO SAY IN FRONT OF CAMERAS: (In response to Kerry's statements being made to the media) "An experienced foreign minister would have expressed his views as a suggestion to our Foreign Minister or even our Prime Minister. However, it is not correct to release such statements in front of the camera, which is what I have expressed to him," stated Arınç.