Terrorism in Turkey is coming to an end 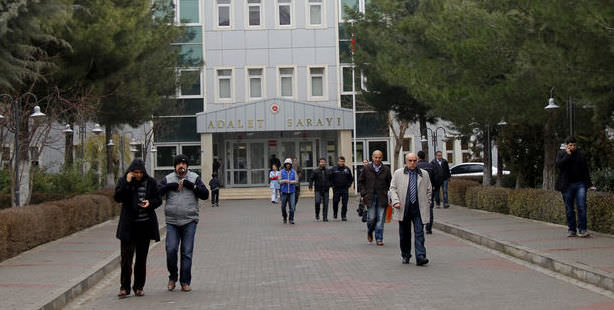 With the ongoing resolution process, incidents of terrorism have decreased by 80 percent over the past four months. As a result, not only has the judiciary decided to cancel plans to establish a terrorism court in Diyarbakır; the number of prosecutors assigned to terrorism crimes will also soon be dropped.

The effects of the ongoing resolution process are now being reflected on the nation's judiciary system. With the closure of special authority courts which used to try cases involving terrorism-linked crimes, 13 High Criminal Courts were set up in 11 different provinces and granted authorization by the tenth article of the anti-terror law to oversee cases involving terrorism. As a result, a series of special authority courts in Diyarbakır were replaced by the eighth and ninth High Criminal Courts.

When hundreds of files were piled up by both courts in a matter of just six months, the Supreme Board of Judges and Prosecutors weighed the option of opening a new court designated solely for terrorism crimes in their 2013 summer enactment.

DOWN TO JUST 60 FILES

Taking into account the high number of files that had been transferred to the two Diyarbakır courts as well as the potential number of files that would come in the future, the Supreme Board of Judges and Prosecutors was seriously considering the option of designated a court authorized to solely oversee terrorism crimes. That is until recent developments in the ongoing resolution process resulted in the judiciary cancelling their plans.

As the region embarks upon palpable normalization as a result of the ongoing resolution process, in the past four-month period beginning in January the total number of files that have come into these two aforementioned courts has yet to reach 60. This figure shows that there has been an 80 percent decrease in the number of cases filed involving terrorism compared to figures from the same time period last year. As a result, the Supreme Board of Judges and Prosecutors has decided to shelve plans to designate a terrorism court.

The Supreme Board of Judges and Prosecutors is aware that once the currently ongoing cases, including those trying the KCK structuring, come to a close the workload will have lessened. Therefore, they have now decided to decrease the number of prosecutors assigned to cover terrorism cases. According to information from judiciary sources, in accordance to the May 3rd, 2013 authority decree; the current 12 prosecutors assigned to oversee terrorism-related trials in Diyarbakır will be dropped down to eight, with four of the prosecutors' authority for such cases to be revoked.