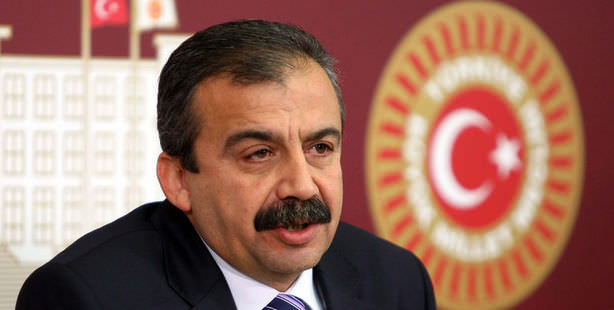 Peace and Democracy Party (BDP) Istanbul Deputy Önder announced yesterday that PKK leaders in Kandil will be issuing an announcement tomorrow regarding the withdrawal process which will begin soon after.

Istanbul Deputy for the pro-Kurdish opposition Peace and Democracy Sırrı Süreyya Önder, who has also taken part in a series of delegations sent to negotiate the ongoing resolution process with the imprisoned PKK leader Abdullah Öcalan, announced yesterday that the withdrawal process of the terrorist organization's militants from Turkey's borders may commence as soon as Thursday.

Responding to reporters following a reception held at Turkey's Grand National Assembly (TBMM) for National Sovereignty and Children's Day, Önder announced that the PKK headquarters in the Kandil Mountains will be holding an international press conference on April 25th which will mark the start of the PKK's withdrawal process from Turkey's borders.

"It had been said this may take place on April 24, however it may be postponed to April 25. But what difference does it make? Kandil will make an announcement and the withdrawal process will begin." Expressing that what truly matters is that there is a tendency, Önder stated, "Once this tendency and the will behind it is seen by both sides, then the second stage will be embarked upon immediately." When asked whether he sees this volition in the government, Önder stated, "I do see it. I am not interested in sincerity. There is no way to measure that, however we definitely have volition," said the BDP deputy.

Responding to reporters asking about main opposition party CHP's stance to the ongoing resolution process, Önder stated, "All I am going to say is may God be CHP's savior. I am not going to say anything else." However, Önder did go on to say, "There are no issues when it comes to this process. Some are going to throw their history in the trash, while others are going to be amongst those architects who establish peace. CHP (Republican People's Party) cannot stand their own chairman, what sort of problem could they be? We rolled out the carpets for him and he didn't come. We still say, 'we are ready to inform you'. However, they are not curious. The structure of CHP does not allow for this. CHP is a mill that grinds up what it takes in, when it comes to democratic awareness."

When asked if letters would continue to be brought to PKK leader Öcalan, Önder stated, "We will continue to communicate with Öcalan, but not by way of letters." In response to another question posed by reporters, Önder stated, "There are absolutely no issues regarding the ongoing resolution process."