'Where there is reckoning there is no forgiveness’ 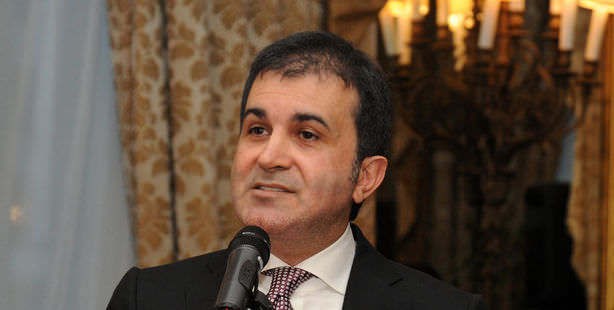 Commenting on the events of 1915 in an interview for Agos newspaper, Minister Çelik stated, “Where there is reckoning, the notions of confrontation and forgiveness are absent.”

Minister of Culture and Tourism Ömer Çelik discussed the events of 1915 in an interview by Agos newspaper, the Armenian weekly published in Istanbul where Hrant Dink was serving as Editor-in-Chief when he was assassinated.

"Claiming genocide is no longer the pursuit of proving the truth. It is a sector, a radical ideology and a form of reckoning. Where there is reckoning, the notions of confrontation and forgiveness are absent. In order for these to exist, there needs to no longer be a quest for reckoning," said Çelik.

Drawing attention to the fact that at the time of the Ottoman Empire's collapse there were significant earthquakes, each of which he referred to as being "a great tragedy", Çelik said, "There was suffering endured here by each ethnic group. There were reciprocal massacres. We are in the position of having to make a decision. Are we going to divide the cake of compassion and conscience into slices we dish out to each ethnic group or are we going to turn our shared pain, while underlining the fact that grieving is a noble virtue, into the grounds on which to establish a joint future? What I say is that we suffer the pain of the Turks who lost their lives, yet the pain of the Armenians is not solely theirs. Our pain includes the suffering of the Turks, the Armenians and the Arabs. If our joint pain steps out of the bounds of noble mourning, then we become instruments of radicalized politics," said Çelik.

When asked, "Is Turkey avoiding the 'genocide' concept because it is hesitant of the legal and political ramifications involved with the declaration of genocide," Çelik responded by stating, "Taking into consideration the entire definition of genocide, I am sincerely saying that I think it is impossible to qualify what transpired here as genocide. At this centrifugal time, and in the absence of a powerful authority reciprocal massacres transpired."