A ‘zero’ loss of life in the resolution process 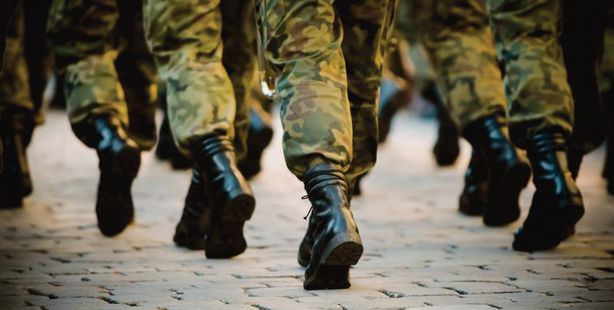 The air of peace which has come with the resolution process has warmed us from the inside this March. According to a report from the Ministry of Interior Affairs, there have been ‘zero’ deaths amongst police, soldiers and civilians in relation to terrorism activities in the first three months of 2013. There has also been not a single death amongst terrorists.

The ongoing resolution or settlement process has managed to put an immediate halt to terrorist activities which traditionally always increased come March. The annual report prepared by security units at the Ministry of the Interior shows that the number of violent incidents related to terrorism have significantly dropped.

In the first six months of 2012, 117 soldiers were killed in the fight against terrorism. In the first three months of 2013, there has not been a single case of a soldier killed. There have also been no reports of terrorists killed or wounded and not a single citizen has suffered such injury.

As a result, the report's statistics show that in March there have been 'zero' deaths amongst soldiers, police and citizens, as well as not a single terrorist killed. Last year in March there had been two cases of armed combat, however this year there has yet to be a single similar report.

During the same period every year frequent incidents of provocation for terrorism, such as "wielding signs and slogans, staging hunger strikes, closing down shutters and violating the law of the flag" tend to surface, however this year solely 14 such events were recorded. While last year in March, there were ten cases of injury resulting from armed incidents staged by marginal groups, this year there have only been four. In the same manner, attacks with stones and sticks have dropped to 12 from 25 the year prior. Incidents of arson especially staged by marginal groups in metropolitan areas dropped from 15 down to just three.

There were only two illegal meetings and demonstrations held through the country. Last year in March, this figure had reached 30. Prosecutors have processed 140 suspects from 60 inquisitions whereas last year, 1,300 suspects were arrested from 110 inquisitions. In March, police and gendarmerie forces confiscated 1,400 bullets, seven bombs and 10 weapons as a result of investigations. According to the information obtained, 12 terrorists surrendered to security forces. As a result of security forces meeting and talking with the families of militants, by the end of 2012, 1,200 terrorists had taken advantage of the Repentance Law and returned home to their families.