Myths and Facts on #OccupyGezi 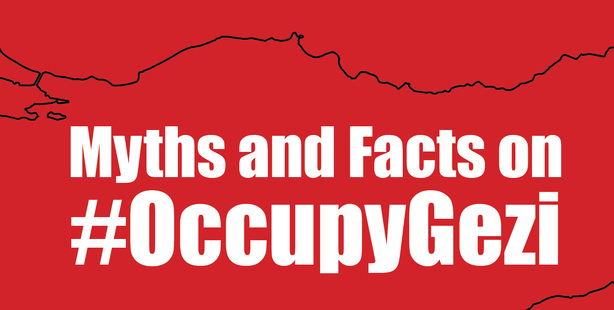 The following are a series of myths and facts regarding the ongoing nationwide protests sparked by a redevelopment plan for Taksim’s Gezi Park.

Is there an alcohol ban in Turkey?

The fact is consumption of alcohol is not forbidden in Turkey, but a new law which introducing new restrictions on sale and consumption of the alcohol passed from the national assembly. Most of the European countries and United States have similar laws.

No freedom of expression?

The government amended the oppressive laws that have been punishing individuals because of their thoughts and the European Union's official progress reports praised the move. To be sure about it, you can just take a satire magazine and translate it. Read it and decide for yourself whether there is freedom of expression in Turkey or not.

Any danger against different lifestyles?

There is no any public intervention against any individual's personal life. Everyone can live any lifestyle that they wish in Turkey, no less than in any other European country. The basic problem is the people who run the government possess a different lifestyle than most of their opposition.

They're cutting the trees to build a shopping mall?

It is one of the biggest myths surrounding Taksim Gezi Park. The Istanbul Municipality was making an extension for the road because of Taksim's pedestrianisation project, which aims at moving the traffic underground. The Municipality removed 6 trees and placed those in another park in Istanbul. The government plans to build a city museum and new green zones in the square.

Protesters are peaceful and have environmentalist sensitivities?

Yes, in the first days of the protests the people were peaceful. But after the excessive use of force by the police against the protesters, for which the Deputy PM apologized and promise to find the responsible offending officials, leftist and illegal organizations joined the demonstrations. After that point public buildings, live broadcasting trucks of news organizations, shops and public properties were destroyed.

The people see PM Erdoğan as a dictator and are calling on him to resign?

The latest polls show that PM Erdoğan has at least 50 percent of the public's support. A survey conducted by the Pew Research Center in March indicated that 62 percent of the Turkish people have a favorable view of him. 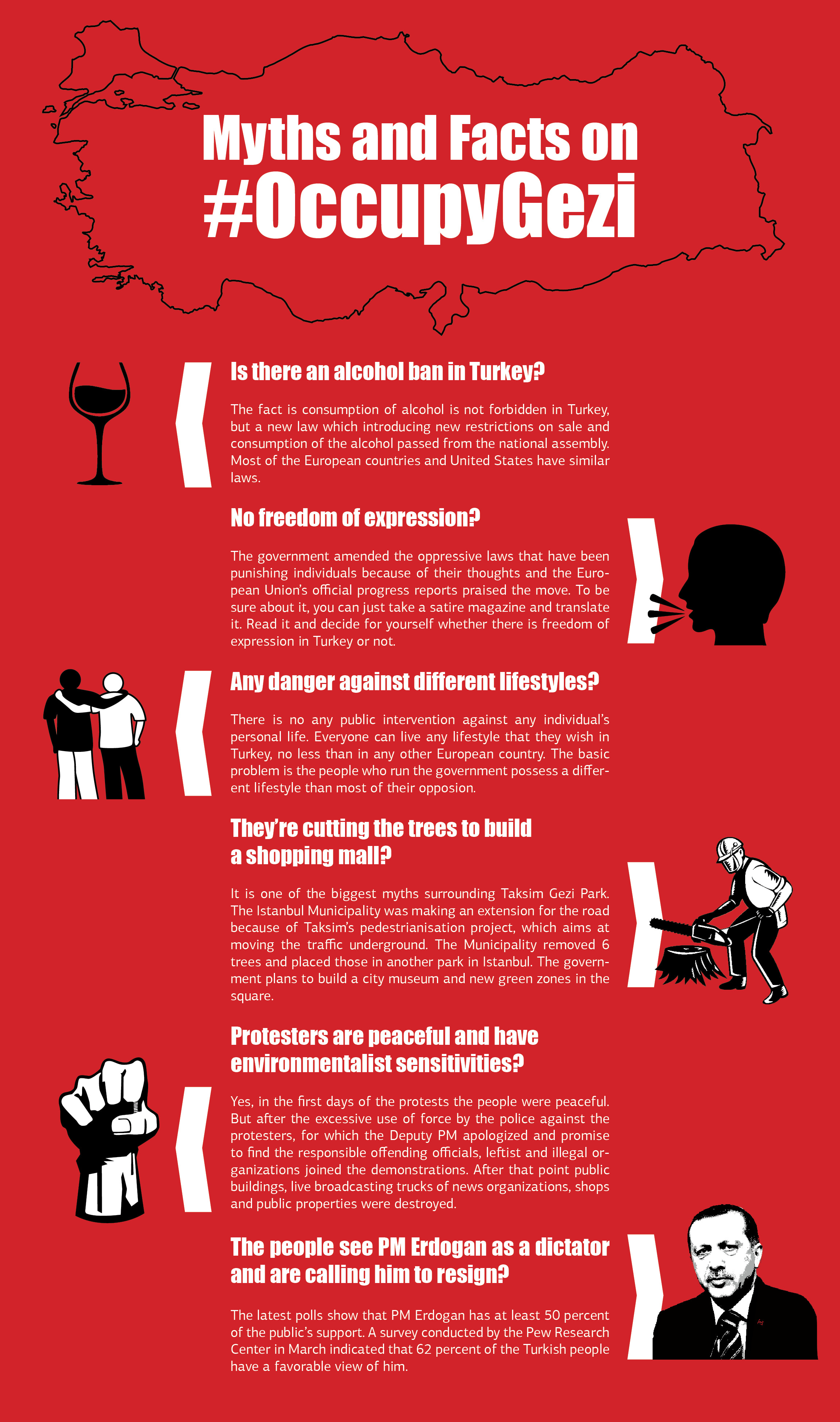