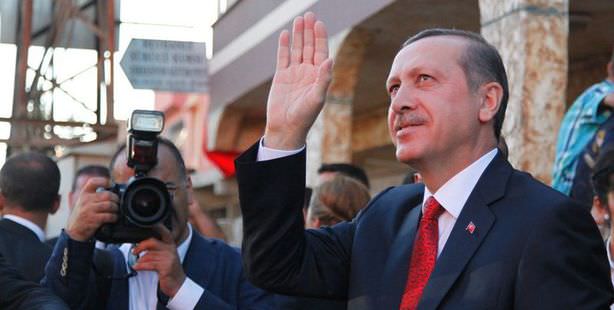 A survey shows that 62 percent of Turkish people still have a favorable view of Prime Minister Recep Tayyip Erdoğan, in the midst of on-going anti-government protests in Istanbul and other Turkish cities.


The study conducted by the Pew Research Center in March 2013 indicated that just 34 percent of the population viewed Mr. Erdogan unfavorably. The findings support the latest Turkish polls, which suggest the ruling AK Party has at least 50 percent of vote.

Some pundits from Turkey interpret the survey as evidence that Mr. Erdogan is still popular. Compared to last year's study, Erdogan increased his rating by four points.

Ceren Kenar, a prominent Turkish journalist said: "The protesters are among those who were not supporting him. So, I don't think his popularity is in a serious decline, although all segments of the Turkish society is represented and can be found in Istanbul. It is safe to say that Istanbul is more secular in general than the rest of the country."

The result of the survey also undermined the perception of "authoritarian rule" and accusations of dictatorship, which were widely published by international press.

Merve Alıcı, a 25-year-old Gezi Park protester and a strategic planner at a communication company said that she is demonstrating against the harsh fatherly figure of Erdogan, instead of per se a "dictator."

"I say to him "be my prime minister, not my father." she added.

Only 46 percent of Turks who live in Istanbul have a positive view of Erdogan however. Istanbul is home to Taksim's Gezi Park, where the protests began last week over the government's proposed plans to build a replica Ottoman-era army barracks that would house a city museum and some stores.

According to some people on the streets, Erdogan is more unfavorably viewed in Istanbul because the city is a haven for diverse cultural identities. "Erdogan is a charismatic leader and a big majority is following him. He is also representative of Anatolian culture, which differs from Istanbul. People who live in the city find his self-righteous attitude towards Istanbulites as unacceptable, "said, Omer Faruk Gok, a 24 year old demonstrator from Taksim's Gezi Park who is also a lawyer.

On the contrary, members of the ruling AK Party in Istanbul considered the survey as evident of success.

Gıyaseddin Gergin, the Chairman of AK Party Istanbul Youth Branch, stated that PM Erdogan has won seven elections and increased his support in each one. Mr Gergin dismissed the idea that Erdogan has less support in Istanbul. He said: "Although this survey doesn't reflect the entire truth, it shows that PM Erdogan is still the most popular politician in Turkey. Recent demonstrations can't change the truth that he has been freely elected and committed a huge reform program praised by the European Union. Istanbul is fairly richer than other parts of the country. AK Party and Mr. Erdogan have always received more support from the poor and others who are unable to express their needs in the public sphere."