AK Party: Morsi should be commended 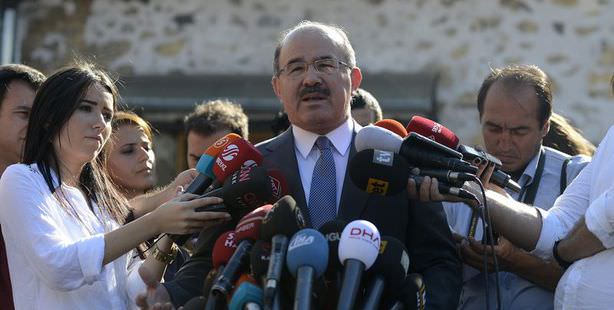 AK Party Spokesman and Deputy Chairman Hüseyin Çelik commented on the situation unfolding in Egypt , which he said were reminiscent of the 1960 and 1980 coups in Turkey and stated Morsi should be commended for his unyielding stance in response to the military-issued ultimatum.

Spokesman for the ruling Justice and Development (AK) Party Hüseyin Çelik said they were disappointed by the developments in Egypt and referred to the military mandated coup as a sign of "backwardness" which he correlated to the 1960 and 1980 coups in Turkey.

Pointing out that Egyptian President Mohamed Morsi deservedly won his place in power through his support garnered in the elections, Çelik stated, "If Morsi supporters clash with opponents and the army, there will be bloodshed. We do not know whether Morsi will resist the military coup or not but we appreciate Morsi's unyielding attitude," in reference to the 48-hour ultimatum issued by the Egypt army. "The wide group of supporters who put Morsi in power need to stand up for their votes," said Çelik.

"There are also external supports for the coup. In some western countries, certain sides were unable to accept the Muslim Brotherhood's coming to power. They first began by stirring up trouble, then they gave an ultimatum and now they have announced a military coup" said Çelik.

Pointing out that the army would not be able to recover the Egyptian economy due to this situation, Çelik added, "Egypt's economy is largely tourism-based. This process will not only adversely affect tourism in Egypt, but it will also harm the economy."