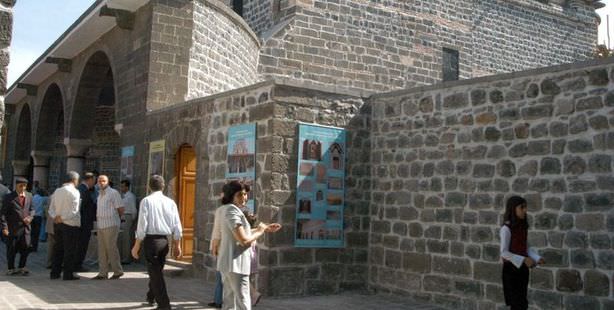 The Beyoğlu Virgin Mary Assyrian Church Foundation has applied to the National Education Ministry for the reopening of an Assyrian nursery school under the ‘minority school status’ for the first time in 85 years.

Turkey's Assyrian population, whose schools were last shut down in 1928 due to not being granted minority status according to the Treaty of Lausanne, is now planning to open up schools in both Midyat and Istanbul to begin providing education in the 2014-2015 school year.

Last year, the Beyoğlu Virgin Mary Assyrian Church, located in Istanbul, applied to the Ministry of National Education to open a nursery school, however the ministry rejected the application under the grounds that according to the Treaty of Lausanne, only Armenians, Greeks and Jews are able to open schools. The case was taken to trial during which the court overseeing the case ruled that there were no obstacles to Assyrians opening a school. Despite the option remaining of taking the case to the Council of State, if the Ministry of National Education continues to refrain from contesting the decision, there will remain no legal obstacles to Assyrians opening up schools in Turkey.

Following the lifting of all legal obstacles, recently the Assyrian Associations Federation in Midyat submitted an application to the Mardin District National Education Department for permission to open up an Assyrian elementary school. Earlier this week, the Beyoğlu Virgin Mary Assyrian Church submitted an official application to the Istanbul District Department of National Education for authorization to open up a nursery school.

Foundation Chairman Susin commented on the developments by explaining that the Assyrian community has officially won their struggle to open up schools and stated, "In the 2014-2015 school year, we will be initially opening up a nursery school. In the years to follow, we plan to open up elementary, middle and high schools. We will not have difficulties finding teachers that speak Assyrian. The deacons appointed to the church could also teach classes. In addition there are a number of teachers and pedagogues in our foundation."