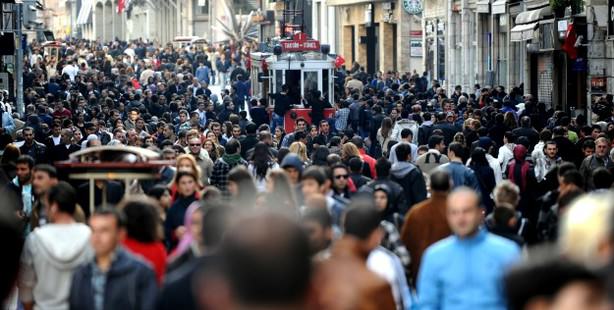 In a public opinion survey conducted on the recently released Democracy Package, 50.5 percent of those polled expressed full support for the reforms while 21.6 percent stated that they supported the package, yet felt it was lacking. Those who expressed sentiments that the package was insufficient said they would have been in favor of the inclusion of a “partial amnesty”.

A public opinion poll conducted my MAK Consulting, which honed in on the Democracy Package recently announced by Prime Minister Recep Tayyip Erdoğan, revealed a series of surprising results including over 72 percent of support amongst survey participants.

The public opinion poll conducted by MAK Consulting (MAK Danışmanlık) posed the question "Do you find the Democracy Package to be just?" to 10,8000 participants throughout Turkey. Out of the thirty percent of participants who were polled face to face and the 70 percent who responded over the phone, 50.5 percent expressed full support of the democracy package while 21.6 percent said that they supported the reforms yet felt they were still lacking. Out of those questioned, 19.4 percent responded negatively to the reforms while 8.5 percent said they were "undecided." With those who expressed full support coupled by respondents who said they supported the package yet felt it was insufficient, the total percentage of public support for the democratic reforms surpassed 72 percent.

One of the most striking results reaped from the survey was revealed through responses to the question, "What else should have been included in the package?" which was posed to those who noted that they felt it could have been more inclusive. While 44 percent of respondents who said, "yes" to supporting the package, however added, "it was not enough," shared the view that they felt a "partial amnesty" should have been included, 26 percent of those polled in this category responded that "Hagia Sophia should be turned into a mosque." Out of those polled in this category, 21 percent also stated that they would have liked to have seen status granted to Dervish Lodges, Islamic Monasteries, madrasahs and cemevis.

Those surveyed were also asked, "Is there an article that you wish had not been included in the Democracy Package?" Thirty-one percent of respondents said the "national oath". In response to the potential amendments posed by the package in three options, 21 percent said that they could have been left out of the reforms proposed.