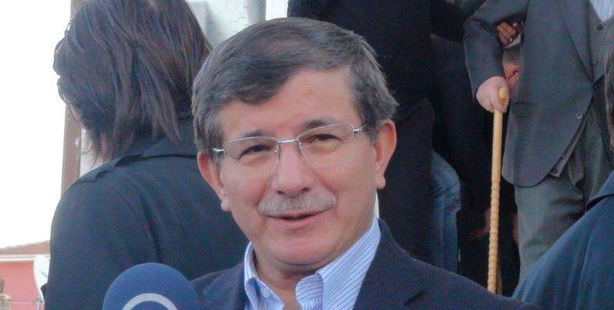 In a live television interview on Friday night, Foreign Minister Ahmet Davutoğlu commented on recently released articles in the Washington Post and the Wall Street Journal which accused Turkey's National Intelligence Organization (MIT) Undersecretary Hakan Fidan of passing information to Iran, by stating that he is being accused of successfully performing his duties.

"When you read these articles, Mr. Hakan Fidan is accused of establishing an independent intelligence structure and of not allowing other intelligence agencies to operate on Turkish soil. Therefore, he is being accused of having performed his duties," said Davutoğlu adding, "Turkey is not the type of country that can allow other nations to comfortably operate on its land."

Davutoğlu noted that he is not in any way verifying the claims, "However," he said, "every intelligence agency works for the interests of their own nation."

Referring to the Washington Post article, which claims Turkey blew the cover on Israeli spies, Davutoğlu said the accusations against Fidan were inconsistent. "On the one hand, Fidan is claimed to have a close stance with Iran, then in the same article he is alleged to be supporting groups fighting against Iran's influence in Syria. This is a very serious accusation. None of our state officials act on behalf of any other country," said Davutoğlu.

Stating that the portrait they have drawn up is entirely directed at Hakan Fidan as an individual, Davutoğlu pointed out that Turkey's intelligence chief has received open threats. "In all honesty, in one sense, this is the day to stand up for Fidan, who has been subjected to these sorts of allegations. No one should have any question about the fact that Fidan is not doing this work for his own personal interests but is doing so for Turkey," said Davutoğlu.

Davutoğlu added that Hakan Fidan gained admiration for his efforts in negotiations between Gaza and Israel and was therefore appointed to lead Turkey's National Intelligence Organization, which the Foreign Minister said he has done so by making very important structural changes.