Turning a new page with Iraq 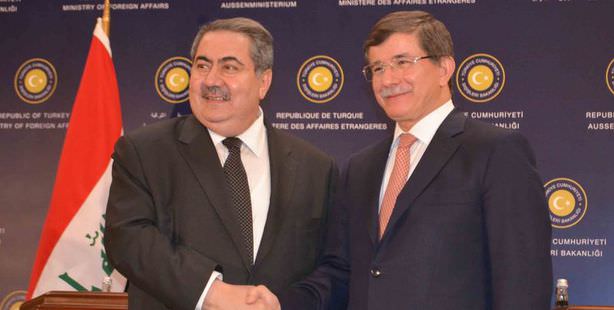 After two years of strained relations between Iraq and Turkey, Iraq’s Foreign Minister Zebari paid a visit to Turkey during which he delivered warm messages in an effort to renew the friendship between the neighboring nations.

After two years of strained relations, a new page is being turned in Turkey-Iraq relations. Iraqi Foreign Minister Hoshyar Zebari recently paid a visit to Turkey during which he delivered warm messages in meetings held with Foreign Minister Ahmet Davutoğlu, President Abdullah Gül and Speaker of the Assembly Cemil Çiçek. Zebari and Foreign Minister Davutoğlu held a joint press conference following a meeting held on Friday during his two-day official trip to Turkey, the first to take place after an extensive period of time.

Speaking to reporters, Iraq's Foreign Minister Zebari stated, "We are partners in fate. Our relations have been slightly problematic over the past two years. However, the time has come for us to close this page and turn a brand new one."

Zebari also emphasized that Iraq has no issues or stance against Turkey's role and stated, "Iraq admires Turkey and Turkey's role in the region. Zebari also turned towards Davutoğlu, who is planning on visiting Baghdad in mid-November and stated, "As of now, I want to welcome you to Baghdad; your second, and even first, country."

Foreign Minister Davutoğlu expressed that relations with Iraq have not been as strong as they once were due to cyclical developments and stated, "However, our ties have never been broken. Recently, there has been a strong volition on both sides to take relations to a higher level. We discussed the steps to be taken in relation to the momentum gained in our relations."

Davutoğlu also announced that during Zebari's visit to Ankara agreements were reached between the two nations in five areas, including transportation, energy, economy and agriculture. Accordingly, mutual visits will be increased. The two foreign ministers agreed to not discuss their issues through the media and also plan to embark on further cooperation on the situation in Syria. The two nations also reached a consensus to sign on to new energy collaborations.

Meanwhile, Davutoğlu also conducted telephone diplomacy with his counterparts from Greece, Denmark, Qatar and Kyrgyzstan and welcomed a delegation from the National Coalition of Syrian Revolution and Opposition Forces at the Ankara Palas Hotel.