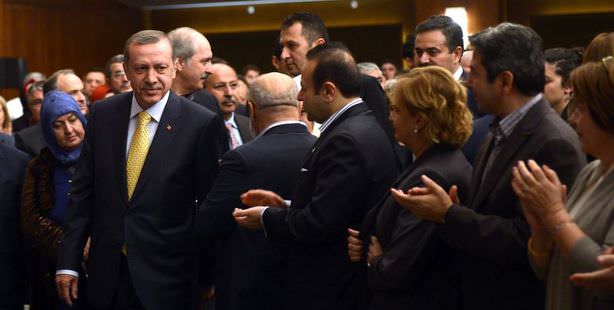 Prime Minister Erdoğan stated on Tuesday that he stands behind his remarks regarding the co-habitation of female and male students due to the lack of sufficient dormitory housing, despite its misrepresentation in the press.

Reports surfaced in the media on Monday claiming that Prime Minister Recep Tayyip Erdoğan criticized the co-habiting of female and male students in housing due to the lack of sufficient dormitory space for students during a Consultation and Evaluation meeting of his ruling Justice and Development (AK) Party group. "We are aware that what was discussed during our Consultation meeting was misrepresented by the press," stated Erdoğan adding, "We stand behind what we say. We are a conservative democratic party and we are very well aware of what we do and what we need to do. Even though we have never meddled in anyone's lifestyle and say that we never will, the same accusations continue to be repeated."

Acknowledging that they have been the ruling party in Turkey for the past 11 years, Erdoğan stated that similar attempts at making these sorts of accusations have continued. The Prime minister also added that the conservative segment of society has perpetually been subjected to oppression. "As a conservative democratic party the cohabitation of female and male students in state dormitories is not something we can allow," said Erdoğan.

"Due to our inability to curb the lack of dormitories in certain areas, there have been some issues with housing. Our governorships are dealing with complaints being issued to our security department. Complaints are being made by neighbors residing in the same apartments as students. This is a situation we cannot neglect. However, this is not in any way an intervention of lifestyles and should not be interpreted as so. I am a person who knows that the mothers and fathers in this nation will never allow this to happen and we cannot bear this responsibility," stated Erdoğan.

REJOICE IN THE JOY OF THE MARMARAY

Prime Minister Erdoğan also remarked that a number of minute technical difficulties experienced by the new Marmaray under-sea rail tunnel pleased certain circles and stated, "I would like to remind those who say they will not use the Marmaray tunnel that it was not built to be a belvedere, it was constructed in order to provide access from one continent to another. They should also join the rejoice of our nation."

The notion of bringing the nation down if they are unable to be the ruling force is an unhealthy stance, said Erdoğan, adding that it also one that belongs to the old Turkey. "We will not allow those who hope for this nation's destruction to have this opportunity."

Prime Minister Erdoğan also commented on the new precedent recently set in Turkey's parliament by the entry of lawmakers wearing headscarves by stating, "They ask whether we will defend the rights of those who do not wear headscarves. However, I ask what rights have been lost in the 11 years we have been in power? We will continue our struggle until Turkey has become normalized," stated Erdoğan adding that they will not accept people being categorized according to whether or not they wear headscarves.