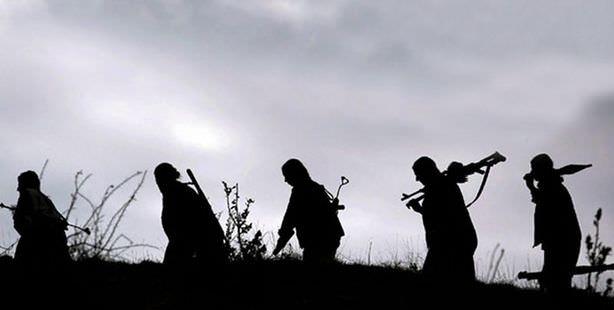 The ongoing resolution process will soon be taking a new turn to increase efforts to secure a peaceful transition in the relinquishing of weapons by the PKK terrorist organization and their members withdrawing from the mountains. While legislation amendments may lead the way for members of the Kurdistan Communities Union (KCK) to soon be tried while not detained, with a new “Communal Consent Law” militants who bury their weapons in the mountains may also be allowed to return home.

A critical message delivered by Prime Minister Recep Tayyip Erdoğan during a momentous speech made in Diyarbakır on Saturday, in which he stated, "Those in the mountains will come down and the prisons will be emptied," is now being followed by the expediting of efforts in Ankara, to begin embarking on the advanced stages of the ongoing resolution process.

One of the first steps to be taken next will be a reassessment of terrorist organization members that have acted on behalf of their organization, however have not participated in any form of violence. Prisoners from the PKK's urban wing the Kurdistan Communities Union (KCK) serving time will be dealt with separately from PKK terrorists that remain in the mountains at the terrorist organization's stronghold. This may result in KCK members that have not been active, being allowed to face trial out on bail. Civil society organizations and think tanks may conduct a joint collaboration on establishing the framework for legislation that differs and is directed at PKK members being harbored in the mountains. These NGO's and think-tanks will also contribute to the formulation of the "Communal Consent Law." However, in this case, the surrendering of weapons will be made a priority criteria.

Being an armed organization member may no longer be considered a crime and a proposal to give a chance to those who relinquish their weapons during a certain time frame may be an option brought to the table. However, the legislation amendments will not be reminiscent of a general amnesty. Debate will also be brought on to discuss a rearrangement of article 314 in the Turkish Criminal Code 220/6, which dictates the criteria for armed organization members.

The establishment of a "Communal Consent and Internal Peace" draft to inspire terrorists to come down from the mountains is currently being weighed. A "conditional" amendment for members who have not yet used a weapon, is also being considered. According to legists, a five-year criteria, as an example, may be included in the clause. During this period, the files on those who have not been actively involved in violence may be closed for good.

This new era in the resolution process, will be embarked upon not based on the mindset that the Kurdish issue equates to a "security" issue and as a result certain stiff provisions may be laid to the table. Most notably, all acts related to freedom of thought or expression will be clearly separated from acts promoting violence or armed organization activities.

Incentive measures will be taken geared towards ensuring the dropping of weapons. This may include an "effective remorse" clause for organization members that are prepared to relinquish their weapons. In this case, for example, those who surrender their weapons during a certain given time frame may then be eligible to have warrants issued for their arrests to be revoked. Instead of the expectation of a general amnesty, formulas will be established geared towards ensuring those who relinquish their weapons safely adapt to daily life.

WHERE DOES IT END?

Certain legislation in the Anti-Terror and Criminal Code may be redefined based on including the criteria of where the organization's activities began and how they ended. Should this next stage in the resolution process, referred to as either restoration or normalization, be adopted by 2014, social projects geared towards ensuring those who come down from the mountains are integrated into society will surely follow one after the other.